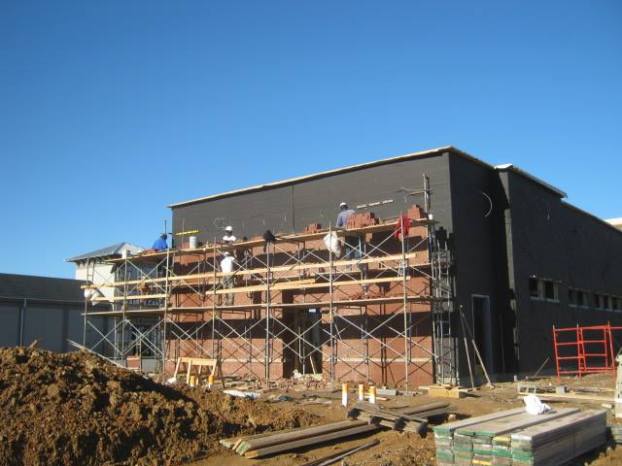 Chick-Fil-A is expected to open to the masses at 64 Shelby County 304 at the end of June, according to store operator Brad Johnson. (Contributed)

Calera Chick-Fil-A to open in June

CALERA – Chick-Fil-A is expected to open to the masses at 64 Shelby County 304 at the end of June, according to store operator Brad Johnson.

The store will be Calera’s first and only Chick-Fil-A. It sits across the street from Milo’s and in front of Zaxby’s in Calera.

The store will seat 130 people and include a play area for children.

Johnson said the store is six to seven weeks away from opening. Johnson is also the operator of a store in downtown Birmingham, but he said he will no longer be the operator of the store once the Calera restaurant opens.

“I think the Calera store is going to be great,” Johnson said. “I went out to the Strawberry Festival a few weeks ago to meet the public and everyone seems to be really excited about us coming.”

The store is now hiring full and part-time employees for all positions. Johnson said the restaurant will have a staff of about 85 people. To submit an application, go to Snagajob.com and search Chick-Fil-A Calera.

Johnson said each employee’s pay will be determined based on their references, previous experience and skills.

There will be a ribbon cutting the day the store opens, followed by an entire week of fun events, Johnson said.

“We haven’t finalized all of the events, but there will be a campout and the first 100 people in line will receive free Chick-Fil-A for a year,” Johnson said.

Johnson said more info about the grand opening will be posted on the store’s Facebook page, Chick-Fil-A Calera.