COLUMBIANA–A 29-year-old Bessemer man who is facing charges of manslaughter, unlawful distribution of a controlled substance and leaving the scene of an accident with injuries after his alleged involvement in a fatal hit-and-run accident in Helena has been released from the Shelby County Jail after posting bonds totaling $75,000. 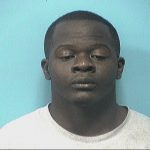 Damian Lamar Jackson, who lists an address in the 400 block of Raimund Avenue in Bessemer, posted bond on May 6, after spending a little more than a year in jail on two felony counts.

Jackson was arrested and charged with manslaughter, unlawful distribution of a controlled substance and leaving the scene of an accident with injuries on May 3, 2016. The charges came after 33-year-old Helena resident Holley Myrick was pronounced dead at the scene of the incident on the afternoon of Monday, May 2, 2016.

Circuit Court Judge Lara Alvis on Jan. 3 denied a bond reduction request from Jackson, after “counsel from both sides presented their respective positions.”

The request to lower Jackson’s bond, which was filed in early December 2016 by Jackson’s attorney, Dan Alexander, claimed Jackson’s $75,000 bond was “inappropriately and unconstitutionally high” for a non-capital offense.

Jackson is now set to appear in Shelby County Circuit Court on June 6 for a status call.

By GRAHAM BROOKS / Staff Writer HELENA–The rain held off on Friday, May 12, and a few passing showers on... read more