CHELSEA – Shelby County law enforcement has identified the suspect in a Chelsea bank robbery as a man being held in Tuscaloosa County for a similar offense. 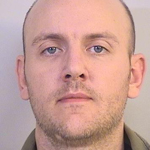 David Alan Lawley, 34, of Hoover has been charged with first-degree robbery for an incident at APCO Employees Credit Union, at 370 Chelsea Crossroads in Chelsea, at about 2:30 p.m. on Jan. 30.

There were no injuries during the robbery, and investigators from the Shelby County Sheriff’s Office as well as agents from the Federal Bureau of Investigation responded to the scene.

Based on a tip from the public, SCSO obtained a warrant against Lawley.

Lawley is being held in the Tuscaloosa County Jail, charged with the robbery of a BB&T Bank in Northport.

Anyone who has information about this case should contact the Shelby County Sheriff’s Office directly at 669-4181, through the Secret

Witness line at 669-9116 or at ShelbySO.com by clicking on the “Report Criminal Activity” link and choosing the “General Information” category.