Police: Man tried to run over victim with vehicle

COLUMBIANA – A 61-year-old Birmingham man has been arrested and charged with attempted murder for allegedly trying to run over a victim with his vehicle in Calera. 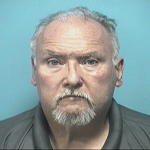 Oscar Waldheim III, formerly of Hoover, was arrested on May 10, after a warrant was put out for his arrest following the incident on May 9, according to court records.

Waldheim is charged with attempted murder and two counts of reckless endangerment.

He is being held at the Shelby County Jail on bonds totaling $52,000.

A preliminary hearing is set for 8:30 a.m. on June 8 with District Court Judge Daniel A. Crowson Jr. presiding.

By NEAL WAGNER / Managing Editor ALABASTER – Local children in kindergarten through eighth grade will have a chance... read more