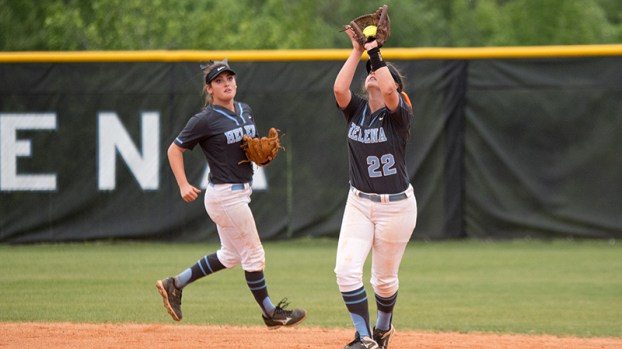 The Helena Huskies softball team advanced to the 6A state tournament for the first time in the 6A classification. The Huskies came up a little short for a state title, going 1-2 in the tournament. (File)

Helena softball season comes to an end in 6A state tournament

MONTGOMERY–The Helena Huskies softball team made a statement in their first season playing in the 6A classification by making it to the state tournament, but that’s as far as the Huskies advanced, going 1-2 in the 8-team double-elimination tournament.

Helena lost to Gardendale 3-2 in game one, defeated Cullman 9-1 in game two and lost to Chelsea 9-1 in game three.

For the majority of the game, Helena outplayed Gardendale and out hit the Rockets 9-4, but the difference in the game came down to errors and stranded base runners.

Helena scored first in the top of the first inning on an RBI-single by Mackenzie Wilson to make it 1-0 Huskies.

Gardendale quickly responded in the bottom half of the inning and tied the game after a passed ball to make it 1-1.

Helena regained the lead in the top of the third inning with a solo homerun by Mekhi Mayfield.

Down 2-1, Gardendale took the lead for the first time in the bottom of the fifth inning after a costly error allowed two Rocket base runners to score to make it 3-2.

Helena stranded base runners in the top of the sixth and seventh innings as the Huskies couldn’t tie the game after a two-out single in the sixth. In the seventh, Helena had runners at first and third with one out but a pop out and fly out ended the game and Gardendale hung on for a close one-run win.

The one-run loss to Gardendale sent Helena to the loser’s bracket where they quickly needed to rebound from the close loss in game one.

Cullman was the next opponent as the No. 2 qualifier out of the North Regional and Helena whipped the Bearcats 9-1 in the win-or-go-home scenario.

Helena led 1-0 and then scored multiple runs in the fourth, fifth and sixth innings to jump out to a 9-0 lead.

Helena’s Tamar Watts and Mayfield both went 2-for-3 in the game. Mayfield finished with two RBIs and Tori White had three RBIs to lead the Huskies.

Barnett struck out five and gave up just two hits over six innings of work.

Helena advanced in the loser’s bracket where they would once again face-off against area foe Chelsea. In a win-or-go-home scenario, Chelsea would get the best of Helena on this day as the Hornets routed Helena 9-1 to extend their season and end the Huskies.

Chelsea scored nine runs on 12 hits and Helena had an uncharacteristic five errors and mustered just three hits in the game.

The Hornets set the tone of the game in the bottom of the third inning when they rallied for a five-run inning. Chelsea scored runs off a sacrifice fly, two RBI singles and a Helena error.

Helena’s only run in the game came in the top of the fifth inning on an RBI single by Wilson to score Lively.

Chelsea had two runs apiece in both the fifth and sixth innings to seal the win.

Allie Miller, Brooke Burback and Camryn Smith went 2-for-4 for the Hornets and Lexie Serio went 3-for-4 at the plate.

Helena finished the season with an overall record of 29-19-1.