COLUMBIANA – A 38-year-old Alabaster man with an extensive criminal history is facing multiple felony charges after he allegedly stole copper from an Alabama Power substation, putting a community’s electrical grid at risk and potentially causing a “multi-million-dollar destruction of property” in the event of a thunderstorm, according to prosecutors. 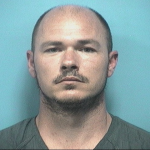 The Shelby County Sheriff’s Office arrested Tony Lee Wallace, who lists an address on Southwood Way in Alabaster, on May 16 and charged him with felony counts of first-degree theft of property and first-degree criminal mischief.

In its bond recommendation, the DA’s office claimed Wallace’s most recent charges came when he allegedly broke into an Alabama Power substation in August 2016 and stole $5,000 worth of copper from the facility. He later allegedly sold the stolen copper for a profit, according to the DA’s office.

“All the property taken was damaged, and new replacements, repairs and maintenance will be required to ensure the substation will not be destroyed in the event of a thunderstorm striking the substation, which occurs often,” read the bond recommendation form, which was penned when Wallace’s arrest warrants were issued in September 2016. “As such, not only did the defendant hurt the victim, Alabama Power, but his criminal activity also potentially damages the quality of life of the community where these crimes and destruction of property occurred, and could cause a multi-million-dollar destruction of property.”

When the alleged theft took place, Wallace had only been released from prison for a short time on a previous charge. He has five previous felony convictions, according Shelby County Circuit Court documents.

Wallace is set to appear in Shelby County District Court on May 25 for a preliminary hearing.