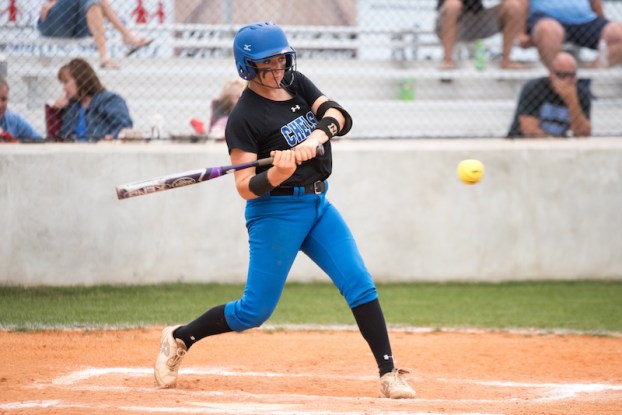 Chelsea fell to Daphne 10-0 in the state tournament as they came up just short of repeating as state champs. (Reporter photo/Keith McCoy)

MONTGOMERY – It was a long path, a path that might be the most difficult to maneuver in all of sports, a path to repeating as champions. That was the goal this entire season for the Chelsea Hornets softball team after winning a thrilling 6A title a year ago.

One year later, after a road of up and downs, the Hornets found themselves back in the state tournament at Lagoon Park in Montgomery looking for something that very few are able to accomplish, their second straight state championship.

After losing twice to Helena in the area tournament, Chelsea responded in regionals with three consecutive wins, including a 4-2 win over the Huskies in the championship game to earn a spot in the state tournament as they were starting to look like a championship team on the cusp of repeating.

The Hornets started the state tournament with a hard-fought battle, but were able to come out on top 4-3 to start their run with a win over Walker. That win, however, was followed by a tough 2-0 loss to Hazel Green in their second game of the day on Wednesday, May 17.

Chelsea had battled to a 0-0 tie after six innings, but in the top of the seventh inning, Hazel Green scored two runs thanks to two errors to start the inning and a double midway through the inning.

The loss by the Hornets sent them to the loser’s bracket where they were matched up with none other than the Helena Huskies for the fourth time in the last two weeks and the seventh time this season.

This would be the last time the two squared off as it was an elimination game meaning the winner would move on and the loser was done for the year. Coming into the game, Helena had won four of the previous six matchups showing they had somewhat of an upper hand on the Hornets.

Chelsea took that upper hand and squashed it outhitting the Huskies 14-3 and winning the game 9-1 thanks to a five-run third inning as well as two-run fifth and sixth innings. Miranda Traylor, Morgan Seay, Lexi Serio, Camryn Smith, Brooke Burback and Allie Miller all had multi-hit games to pace the Hornets to an easy win that kept their run at a repeat alive.

While the path was still a long one, Chelsea was still alive in the loser’s bracket. The following day, on Thursday, May 18, the Hornets were matched up with a tough Daphne team, who proved to be too much of an obstacle for the Hornets to detour around.

Chelsea gave up at least one run in all but one of the shortened six innings as they allowed 11 hits and 10 runs in the game. The other mind boggling and tough part for the team was that the day after they had exploded for 14 hits, the Hornets were unable to attain a single hit against Daphne’s Makenna Pierce, who threw a no-hitter with her team’s season on the line.

While Daphne went on to play Hazel Green for the state championship where they would win game one to force a second and deciding game where they fell 4-2.

Although a disappointing finish for the Hornets, they went on to lose to the two best teams in the 6A classification and to make it back to the state tournament for the second consecutive season is something not many schools ever get the privilege of doing. It’s clear that while several of these players will be graduating, they have built a legacy at this school that has upped the level of expectation for Chelsea softball moving forward.