COLUMBIANA – A 35-year-old Anniston man is facing up to 20 years in prison after he was arrested and charged with allegedly distributing painkillers in two Shelby County cities. 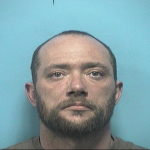 The Shelby County Drug Enforcement Task Force arrested Christopher Paul Cotney, who lists an address on Airport Road in Anniston, on May 18 and charged him with two felony counts of unlawful distribution of a controlled substance.

Unlawful distribution of a controlled substance is a Class B felony, and carries with it a maximum of 20 years in prison upon conviction.

He was released from the Shelby County Jail the same day he was arrested after posting bonds totaling $20,000.

He is now set to appear in Shelby County Circuit Court on July 19 for a preliminary hearing in front of Circuit Court Judge Daniel Crowson.

BIRMINGHAM – Excited family members and friends packed the sanctuary of Briarwood Presbyterian Church on Thursday, May 18, for the... read more