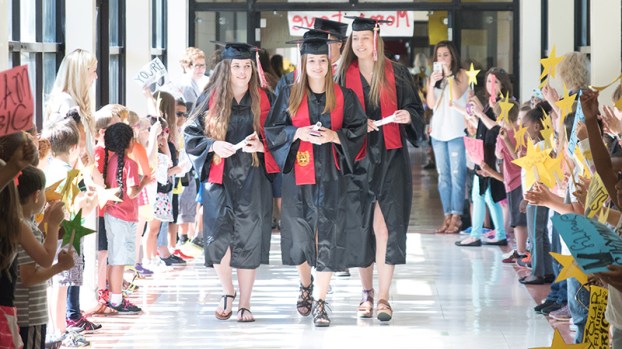 Children of some Alabaster business owners will be able to attend Alabaster schools during the upcoming year, after the city’s Board of Education approved a change to its attendance policy on May 22. (File)

ALABASTER – Children of some Alabaster business owners will be able to attend the city’s school system beginning with the upcoming academic year after the city’s Board of Education approved the change during a special-called May 22 meeting.

School Board members voted unanimously during the meeting to approve a revision to the district’s attendance policy. As a result of the change, children of individuals who own an Alabaster business and the property the business is on will be able to enroll in the Alabaster City School System, even if they don’t live in the city limits.

“They have to own the business and the property the business is on,” ACS Superintendent Dr. Wayne Vickers said during an interview after the meeting. “We had some people asking about it, and we talked about changing the policy during one of our work sessions. This is something we think will work with our community.”

Previously, only students who lived in Alabaster city limits or children of ACS or city of Alabaster employees were eligible to attend the city school system, which formed after separating from the Shelby County School System in 2013.

According to the policy, if a student ceases to meet the eligibility requirements of attending ACS during a school year, the student will be able to remain enrolled for the remainder of the current semester.

Eligible non-resident students can only be enrolled at the beginning of a semester unless otherwise approved by the superintendent, must remain in good academic and disciplinary standing, must meet admission and enrollment criteria applicable to all students and their enrollment must not violate district policies or a court order, according to the attendance policy.

Alabaster School Board President Adam Moseley said the board decided to change the policy to benefit business owners whose property and sales taxes are supporting the school system.

“There needs to be an inherent reason to be in the city,” Moseley said. “If they own the business and the property the business is on, they are already paying taxes to support the school system.”

Just Show Up Show gets rained out

PELHAM – A few area residents began camping out in front of the Oak Mountain Amphitheater with ponchos in tow... read more