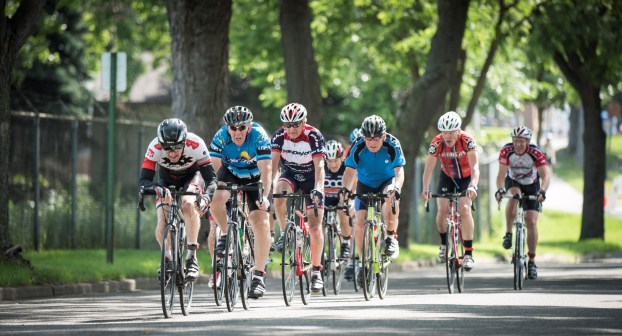 Cyclists from all over the country will be in Columbiana on June 8 and 9 to compete in the 2017 National Senior Games. (Contributed)

Cyclists from all over the country will be rolling through Columbiana on June 8 and 9 as part of the 30th Annual National Senior Games.

The city of Birmingham is host for the games for this year, and a total of 10,400 senior athletes age 50 and older are expected to participate.

Katie McCormack, who works in marketing for the event, said that the cycling event is one of 19 sporting events that will take place across 24 different venues.

“National Senior Games cycling includes the 20k and 40k road races in the city of Columbiana,” McCormack said. “These races will be held on June 8 and June 9. Cyclists will ride all over the city, and finish their race riding down beautiful Main Street.”

Videos showing the specific routes for the 20k and 40k race can be found online at www.vimeo.com/album/4577188.

The large number of cyclists and spectators will mean a big boost in visitors to Columbiana for the two days of cycling.

“We are expecting between 300 and 400 cyclists to compete in each event,” McCormack said. “So, over 700 cyclists and 1,400 spectators are expected to visit Columbiana between June 8 and June 9.”

Birmingham bid on the games in 2013 and 2015 before being selected as host for this year.

“The Birmingham Greater Convention and Visitors Bureau actually bid on the National Senior Games in 2013 and 2015, as well,” McCormack said. “One of the major factors that led to Birmingham’s selection as the host city for the 2017 games was the development of The Crossplex, the Uptown District and the BJCC. The Crossplex is a world-class facility that will host both swimming and volleyball, and the BJCC Uptown District serves as a much-needed centralized hub during this year’s events.”

“Volunteer roles include handing out fruit and water to athletes, welcoming them and checking them in upon arrival at their event, and directing them along the route,” McCormack said. “We will need around 100 volunteers for each race in order the make them run smoothly. We are heavily depending on the participation of the people of Columbiana.”

Volunteers of all ages can register at www.nsga.com/volunteer.