Dees most proud of work to help others

HOOVER – Graduating senior Rachel Dees has a long list of recognitions from her time at Spain Park High School, but the most important thing for Dees is how she has been able to help others. 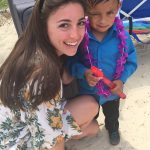 “I’m a big believer that you shouldn’t do something to work for awards,” said Dees, whose most recent recognition is being in the running for the Daughters of the American Revolution’s national Good Citizenship Award.

One of the projects Dees is most proud of is working through the Spain Park Student Government Association to offer a wish to Opelika 4-year-old Henry Villatoro, who is battling liver cancer.

Villatoro’s wish was to go the beach, somewhere he has never been,

“It gives them something to look forward to and hope for,” Dees said.

Much of the money raised for Make-A-Wish was through the SPHS SGA’s HoopComing effort.

HoopComing was an initiative to offer Homecoming-like activities, which usually revolve around football, during basketball season.

Dees said she thinks God used the effort to show her a career path.

“I never expected any of that to happen,” she said.

The fundraising goal of $7,000 was met, and Villatoro was presented with his “wish” at Celebrate Hoover Day on April 29.

Dees, who leaves Spain Park with a 4.12 GPA, will attend Auburn University in the fall and major in global studies, which is a relatively new major that has had only one graduating class at AU.

Dees will join her sister, Leigh, who just finished her first year at Auburn studying human development and family studies.

Dees is a two-time recipient of the prestigious Finley Award, given to students in the Hoover City Schools system based on nominations from teachers and voted on by a committee including students. Leigh Dees won the award three times, and the sisters even won it the same year once.

The DAR Good Citizenship Award was based on an essay, which was a breeze for Dees, who said she loves English and reading.

The essay focused on how good citizens contribute to making America what it is, she said. Dees read her submission at a meeting of the local DAR chapter.

Dees has also been involved with Hoover Belles, AMA Sweetheart Guild and the Youth Leadership Team at Riverchase United Methodist Church, among other associations.

VINCENT –Balloons that read “congrats” floated beside every Vincent Middle High School graduate as he or she walked across the... read more