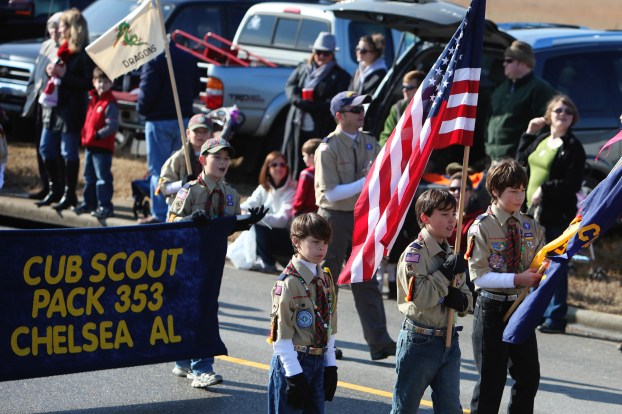 The city of Chelsea’s population has increased by over 20 percent over the past seven years, making it the fastest growing city in the county. (File)

Since 2010, the city of Chelsea’s population has increased by almost 21.2 percent. According to the U.S. Census Bureau’s population estimates, Chelsea has seen the fastest population growth in Shelby County over the past seven years years.

While city council member Casey Morris was proud, he said he was not surprised to find out how vastly the city has grown due to the thriving housing market in Chelsea.

“I’m not surprised because of the number of housing permits and developments we have seen in Chelsea,” Morris said. “We have good property values here. People can move into starter homes, and we also have homes here in the million-dollar range. We have something to offer for everyone with housing and recreation.”

Morris said he believes that a vast selection of businesses, churches and recreational activities, combined with high-achieving schools in the city also continue to attract people.

To accommodate the rapid growth, Morris said the city is partnering with the Shelby County Board of Education, the Shelby County Commission and the Alabama Department of Transportation to maintain schools and roadways.

“We’re trying to strategically plan for growth,” Morris said. “We know that it’s not going to stop. We want to have growth, but we don’t want to get ahead of ourselves.”

Morris said he is glad to see more people moving into Chelsea, and is impressed with many of the city’s new residents.

“I see pride in the community when I saw the turnout at athletic events or at the recent community clean up event,” Morris said. “The people moving into Chelsea want to make the city a better place than it is now.”

Between 2015 and 2016, Chelsea’s population grew by approximately 300 people. Several cities bordering Chelsea also saw a significant amount of growth. The city of Columbiana, which had the fastest growth rate between 2015 and 2016, increased by 332 people. The city of Pelham’s population increased by almost 200 people, and the city of Hoover, which mostly lies in Jefferson County, grew by over 250 people. Both Westover and Harpersville grew by less than 75 people.

The city of Alabaster increased its population by almost 200 people, and it remains the largest city in Shelby County.

All of the numbers reported are estimated by the U.S. Census Bureau. The next official census is scheduled for 2020.