Senior Garret Landry enjoys being a leader, and giving back to his community.

It is these two traits that have helped him throughout his time at Kingwood Christian School, where he started attending in 2013 as a freshman. 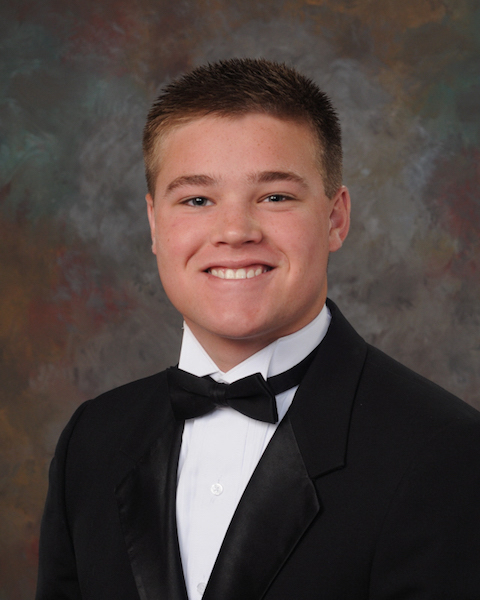 Kingwood Christian School senior Garret Landry has devoted much of his time to volunteering in his community the last few years. (Contributed)

“I wanted to attend a school with a Christian atmosphere, and smaller school,” Landry said. “Since my time at Kingwood I have really thrived. I enjoy being presented with different leadership opportunities at my school, as well as throughout the community by being able to give back.”

He has been on the A Honor Roll since his time at KCS.

Landry is enrolled in Advanced Placement classes in core subjects, and currently serves as the president of the student council, Beta Club, and Mu Alpha Theta Honors Society.

Landry has also devoted many volunteer hours at local nursing homes, hospice, hospitals, and churches, and spent 45 hours during the summer working at Shelby Baptist Medical Center as a volunteer.

He was recently voted by the faculty and staff at KCS as “Mr. Kingwood Christian School” for holding traits and characteristics of an honorable young man.

“I am really looking forward to attending UAB, and becoming a nurse,” Landry said. “I have known for a long time that was something I wanted to do and I am excited to start at UAB.”

At 10 years old, Landry was diagnosed with a brain tumor, which he attributes to his calling to want to pursue nursing as a career.

“I have been having checkups since then, and everything is fine now, but throughout that entire process it really strengthened my faith in God,” Landry said. “I really feel like God put me through that so that I would know my calling to work with other kids who have had brain tumors.”

As he looks back on his time in high school at KCS, Landry said he will miss the friendships he has made as well as the teachers, and the memories he has made throughout the years.

“I am looking forward to starting the next chapter of my life,” Landry said. “I have been really blessed.”

Landry lives in Helena and is the son of Frank and Paige Landry, and has a younger sister, Regan Landry.

By JENNIFER MAIER / For the Reporter For Faryn Fryer, school is something she looks forward to every day. Not every... read more