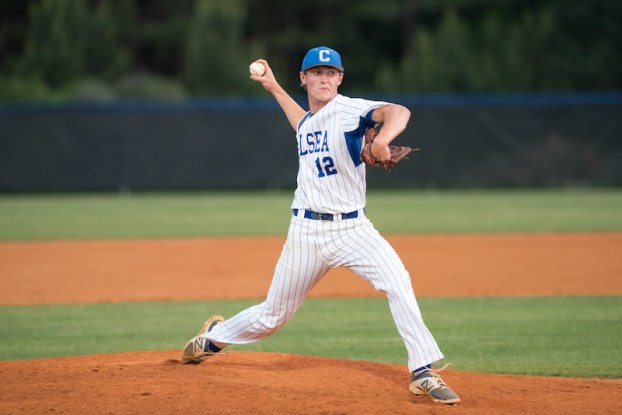 Chelsea was one of several teams to have a historic baseball season during the spring of 2017 after setting a school record for wins in a season. (File)

It’s hard to believe it’s all over with. It seems like just yesterday, I was taking my role as the sports editor in the middle of the football playoffs, and now the 2016-17 sports season has come to an abrupt halt, but not before a season of memories and champions was created.

When I took over this job, I could have never expected to see and cover the amount of success that I have in the short six months of sports that were left on the calendar, but not only did I see success, I got to see some of the most historic seasons this county has ever had.

While soccer took the spotlight with five state champions and seven Final Four teams, football, basketball, golf, volleyball, baseball, bowling, tennis, wrestling and softball all had teams from the county make a run to at least the semifinals of their respective sport.

All of those sports had success in their own right, but baseball in this county during the spring of 2017 was on another level, and despite only one state champion in the Helena Huskies, it was a season to remember for several teams that made history.

We’ll start with the Helena Huskies, who obviously had the most successful run after winning two straight win-or-go-home games to take the 6A state championship over Cullman. It was an extremely clutch performance on Friday, May 19, as they won two one-run games in a row after losing 9-1 on Thursday night.

The win was a historic one for the Huskies as it not only marked their first state championship, but it came within three years of them starting their program. Even more impressively, Helena made an appearance in the championship series in their first year as a school three years ago and have now already won a title, showing that head coach PJ Guy has established a dynasty after a 38-win season and a blue map for the trophy case.

Following that up was Derek Irons and the Oak Mountain Eagles, who for the second year in a row broke the school record for wins in a season. Their previous win total of 30 was broken against Huntsville in the second round of the playoffs, and they went on to win two more games to bring their new record to 33.

The impressive part is that it was just Irons second year as the head coach for the Eagles, and not only did they rack up wins, he took them all the way to the semifinals of the playoffs where at one point they were one run from advancing to the state championship series before losing two straight games against Vestavia to end their season just short. With Irons at the helm and ace Gene Hurst back next year, this team’s future is bright.

Another team making history was the Chelsea Hornets. They seemed to defy all odds this season and just wouldn’t go away once making their way into the playoffs and it’s a huge credit to head coach Michael Stallings and the job he did in turning this squad around from a lack luster year in 2016.

That season before, the Hornets finished with just 12 wins, but turned around to finish with a school-record 27 wins. While they were swept by defending 6A state champion Hillcrest-Tuscaloosa in the quarterfinals of the playoffs, that by no means diminishes the incredible feat this year’s squad was able to accomplish. Only losing two seniors to graduation, this team will be loaded and looking to make it two rounds further in 2018.

What else can be said about Briarwood besides unlucky? That is about the only word that can describe the way their incredible 2017 journey came to an end. After spending almost the entire year ranked as the No. 1 team in the state, the Lions got the privilege of playing the No. 2 team, Faith Academy, in the second round of the playoffs.

Briarwood went into the series with an incredible 26-3 record and ended up pulling off a 6-5 game-one win. They followed that up, however, with a 1-0 loss and a 6-0 loss to see their season come to an end in what should have been the state championship series. They probably wouldn’t have wanted to face anyone else in that situation, but there is no doubt they are still one of the top 2 or 3 teams, if not the best.

While a rough ending that they wish they could have back, what head coach Steve Renfroe and company did this year was incredible and they’ll be back in the spotlight next year.

The final team we’ll take a look at is the Calera Eagles. Another team that had an extremely strong season and holds a load of Division I talent, the Eagles finished the season with 24 wins before losing to Rehobeth in the second round. Calera was led by strong pitching all season, specifically from Jacob Smith, a Vandy commit, and Tyler O’Clair, a UAB commit and it led them on a strong run.

They beat Rehobeth in game one 3-2 before falling 14-3 and 13-3 in the next two games. The good thing for the Eagles is that the majority of their talent is back next year and they will be a strong contender to win the state championship at the start of next season as both of those strong arms are back as well as several of their bats and best fielders.

While the book has closed on 2017, it gives athletes a time to reflect before moving on to their next step or as they prepare to make another strong push in the 2017-18 season.