COLUMBIANA- A Columbiana man was arrested and charged with three counts of unlawful distribution of a controlled substance on Wednesday, May 24.

Kiani Bernard Washington, 26, who lists an address on Shelby County 47, was arrested by the Columbiana Police Department after he allegedly sold methamphetamine at various locations in Columbiana. According to his arrest warrants, Washington sold methamphetamine while at or near Joinertown Road and the 100 block of East College Street in July 2016. 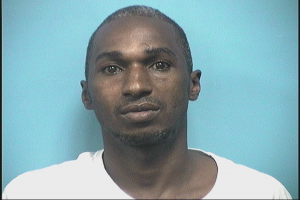 Washington is currently being held at the Shelby County Jail on a $30,000 bond.

All three charges are class B felonies. If convicted, Washington could face two to 20 years in prison and a maximum fine of $30,000.

Washington is set to stand before Shelby County District Court Judge Daniel A. Crowson at a preliminary hearing on Thursday, June 29 at 8:30 a.m.

Helena couple charged with child abuse due in court June 19

By GRAHAM BROOKS / Staff Writer COLUMBIANA–A Helena couple that was arrested on Nov. 14, 2016 and charged with aggravated... read more