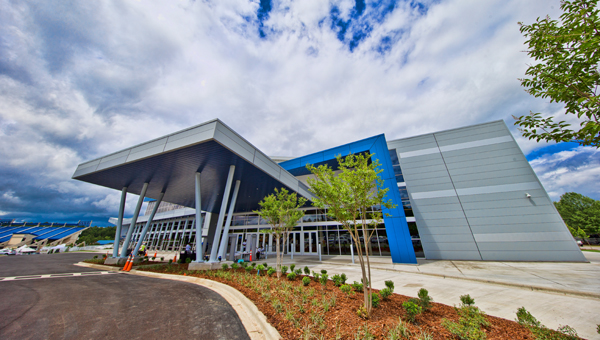 The new Finley Center was cited as a reason for Hoover's expenses outpacing revenue. (CONTRIBUTED)

HOOVER – The new Finley Center, adjacent to Hoover Metropolitan Stadium, has already been a hit as the city hosted the Southeastern Conference Baseball Tournament, and now the center has helped Hoover land on a list of “The 15 best travel destinations for youth sports.”

The list was compiled by Youth1.com, which is an online platform for youth sports.

The locations were not ranked but instead listed alphabetically.

Hoover made the list along with destinations such as Atlanta; Cocoa Beach, Florida; and Los Angeles.

The profile also cited Hoover’s proximity to attractions including the Alabama Sports Hall of Fame, Ruffner Mountain and Landmark BBQ.

By ALEC ETHEREDGE | Sports Editor NASHVILLE, Tenn. –  Vanderbilt’s men’s golf team is in the midst of a national... read more