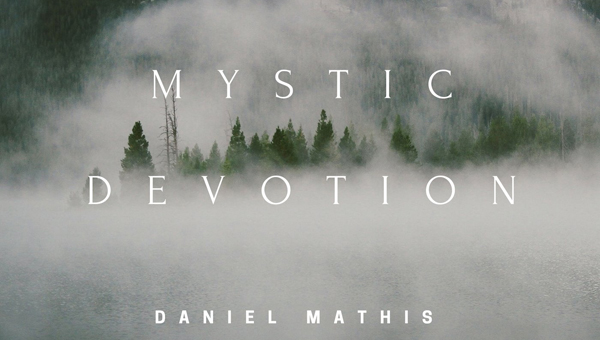 The music on Shelby County native Daniel Mathis’ album “Mystic Devotion” is intended to help people experience God as they listen and worship.

“It’s intended to be an encouragement to their own dynamic relationship with God,” said Mathis, a Vincent native.

Though the album and information in this story is attributed to “Daniel Mathis,” it is not the subject’s actual name, which can not be used because of his ongoing work in a closed Asian nation.

For his first album, Mathis said he was simply trying to put together a self-produced compilation of his favorite songs, but the project grew.

Around the beginning of 2016, Mathis started putting together the album on home recording equipment.

“I was just going to throw something together and release it that way so friends could hear what I’d done,” he said. “The goal was to record songs that had impacted me and meant a lot to me.”

With a finished demo, Mathis and his wife returned home for the birth of their child, and he stumbled into recording in a state-of-the-art studio in Birmingham and working with experienced engineers and producers, including Bryan Papic at Hunter Street First Baptist Church.

With the end of his recording time coming to an end, Mathis felt like something was missing.

“I wrote the last song (“Reach For You”) at home shortly after the baby was born,” Mathis said. “We were in the studio finishing up other parts of the recording, and I came in and said, I wrote this song last night. They said we have to put that on there. It was a really cool fit.”

Mathis grew up at Vincent First Baptist Church, and after his high school years, left the area for UAB to focus on international studies.

Mathis, 27, has been part of the Inverness Vineyard Church staff since 2012.

He has been involved with music all his life, including piano lessons as a youth and time spent playing guitar and bass guitar with various groups that went on tour together, teaching lessons and leading music for small groups.

While in college, Mathis and some friends formed a Christian rock band that scored a record deal, but plans went south during the country’s financial crisis as the studio they were set to record in lost its funding.

“We all ended up going our separate ways because we all felt called to lead worship,” Mathis said. “I’ve been involved in music everywhere I’ve been. It’s been a fun way to connect with people.”

Mathis arranged the music on “Mystic Devotion” as well as producing vocals, acoustic guitar, piano and more on the six-song album.

“I wrote it to convey a passionate expression of worship,” he said. “It’s passionate music; it’s heartfelt.”

Visit DanielMathisMusic.com for more information and for a free download of the album’s first track, “Come Alive.”

The album is also available on iTunes.

Vincent man charged with attempted murder in May 22 shooting

By NEAL WAGNER / Managing Editor COLUMBIANA – A 29-year-old Vincent man is being held in the Shelby County... read more