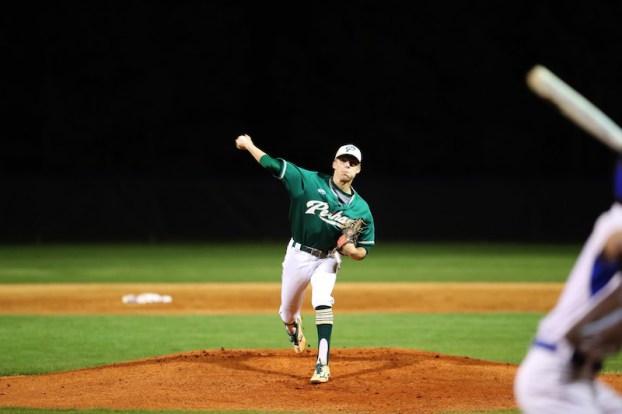 Pelham’s baseball team and coaching staff will host a summer baseball camp from June 5-8 at the high school starting with registration Monday morning at 7:30 a.m. (File)

PELHAM – The Pelham Panthers’ baseball team will be holding a summer baseball camp known as the 2017 Panther Baseball Camp, which will take place at Pelham High School from Monday, June 5, through Thursday, June 8.

It’s a chance for several of the young people from around the area to get pointers from one of the top baseball teams not only around Shelby County, but the state, as they hold two 6A State Championships and 10 area championships.

The camp will be under the guidance of the current coaching staff as well as player returning for the 2018 season, and will be headed up by Pelham head coach Sean Anderson.

During the camp, you will learn all aspects of the game — including pitching, catching, infield and outfield play, fly ball communication, run downs and cutoff and relay plays. On the offensive side of things, campers will have the opportunity to learn about base running, bunting, sliding and hitting techniques and drills that are used with the current Panther high school players.

Pelham’s baseball team is built on hard work, dedication and tradition and this camp will help future players learn what it takes at an early age.

The cost of the camp is $120 and if you have two children interested, the second child will get a $20 off special price. A portion of that money will go to snacks at the concession stand as well as a t-shirt at the conclusion of the camp.

Camp will kick off on Monday, June 5, with registration starting at 7:30 a.m. Each day of camp after will go from 8:30 a.m. until noon all the way up to the final day on June 8.

If you would like more information, feel free to give coach Anderson a call at 281-4347.

By ALEC ETHEREDGE | Sports Editor CALERA – Summer just sprung up on us as the 2016-17 academic and athletic... read more