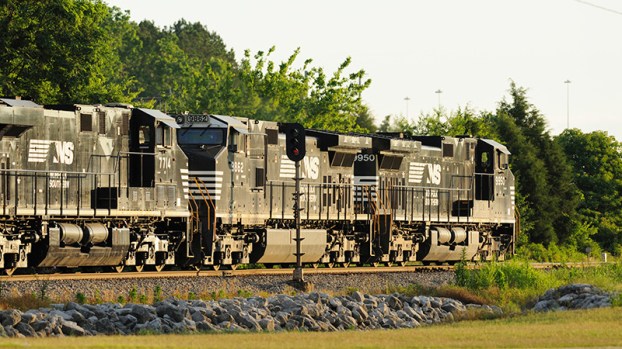 Task force created to work on railroad issues throughout county

“So many of our communities were built around railroads,” said Ward, R-Alabaster. “Federal law governs the blockage of the tracks, and a lot of people think this is about the trains stopping on the tracks. We can’t make them not stop, but we can work on issues such as the safety at crossings, potential right-of-ways, and the number of fatalities at some of these crossings.”

Ward said as his district continues to grow, so does the problem of public safety.

“We are just seeing more and more issues with it,” Ward said. “Our goal is safety first, and how to make things better.”

As areas throughout Shelby County experience continued growth, railroad crossings near busy intersections can cause many problems for motorists traveling to their destinations.

While many of the county’s railroads pass through sparsely populated areas, there has been an increase in railroads meeting busy highways.

Gov. Kay Ivey and Ward signed a Senate Joint Resolution on May 10 creating the task force.

The task force will be comprised of a 17-member panel from various state and local agencies across Alabama.

The task force will study the impact of railway transportation in the state and will work to identify areas where improvements can be made in the interest of public safety.

Ward said the task force should get underway within the next month or so, and will work until the next legislative session, which will begin in 2018.

Ward said he is hopeful the task force can work together to come up with ways to help alleviate many of the issues motorists face today.

“With modern day technology the way it is, we can work together to figure out how to make some of these issues easier,” Ward said. “I believe this is really going to help.”

ALABASTER- All 22 members of the Evangel Classical Christian School class of 2017 were recognized at a graduation ceremony on... read more