By JENNIFER MAIER / For the Reporter

“I love helping people, it’s who I am and it’s what I want to do,” JaQuan Youngblood said when asked what he plans to do after he graduates from Vincent High School. “For me the only thing I want to achieve is making a positive impact on someone else’s life and cause them to do the same for someone else.”

With maturity well beyond his years, Youngblood, who turns 19 this year, plans to be a firefighter and become a paramedic. He is already a member of the Vincent and Westover volunteer fire departments. 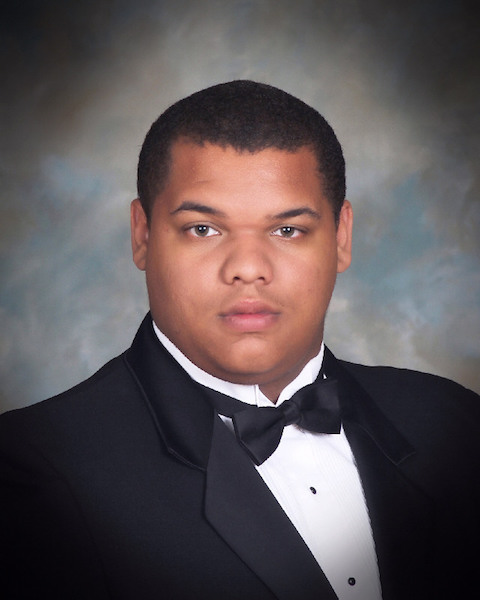 As part of the Junior ROTC, Youngblood serves as Cadet Command Sergeant Major.

“I am charged with the wellbeing of the enlisted cadets in the program,” Youngblood explained.  “It’s truly my passion to be able to help people.”

Through his participation in JROTC, Youngblood has had the opportunity to meet people from all over the country, becoming friends with most of them.

His favorite subject is history.

“People say history repeats itself, and I believe that is true to an extent,” Youngblood explains. “Without history our knowledge is only limited to what we know in present. School in general gives us the knowledge to continue forward in society.”

When asked how his friends might describe him, Youngblood said his friends know they can trust him when they need someone to talk to.

“My friends would probably describe me as that guy who you could talk to in confidence and not worry about what’s going to happen to it. The guy that could go out and have a good time one minute and the next be ready to work,” Youngblood said.

He admits that his teachers might describe him as overzealous, often attempting things that are too advanced. While that may be true, Youngblood does seem to have a better understanding of life than one might expect from such a young man.