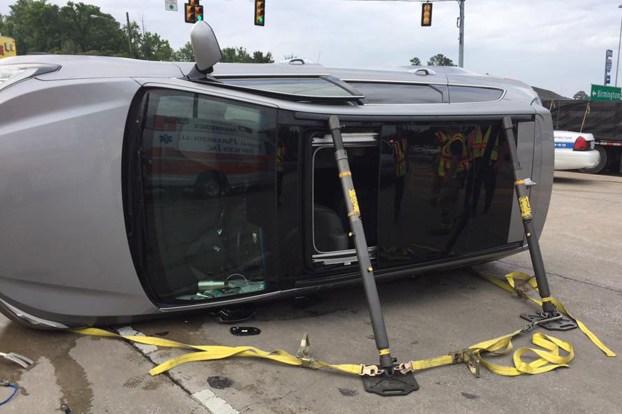 A vehicle was overturned in an accident that occurred on I-65 Northbound. (Contributed)

ALABASTER- The Alabaster Police and Fire Departments responded to a car accident on U.S. 31 and I-65 Northbound near the 238 exit in Alabaster at approximately 7:30 a.m. on Wednesday, May 31.

Police said the accident involved two vehicles, one of which was overturned.

No deaths were reported. One passenger was injured and transported to the Shelby Baptist Medical Center, where they are reported to be in stable condition.

According to police, all lanes of I-65 Northbound were closed until approximately 8:20 a.m. and are currently open.