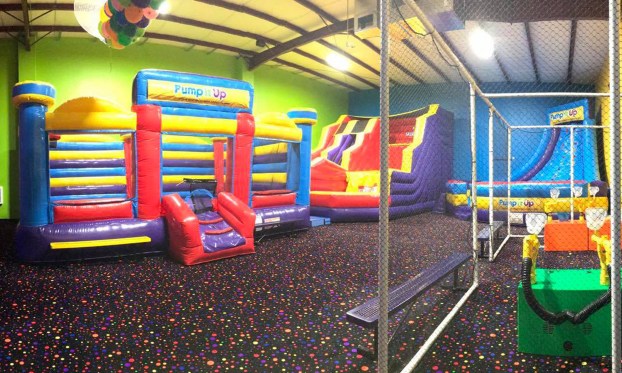 Pump It Up of Pelham recently moved to a new location on Cahaba Valley Parkway West. (Contributed)

Pump It Up of Pelham moves to new location

PELHAM – Pump It Up of Pelham is hosting a free grand opening event from 2-7 p.m. on Friday, June 16, in celebration of its new location at 101 Cahaba Valley Parkway West.

“It’s the same Pump It Up of Pelham that residents know, just in a new location,” Pump It Up marketing coordinator Sydney Jones said.

Jones said the event will include playtime on the inflatables, complimentary cupcakes and drinks provided by Pump It Up, and food trucks will also be on site with food for purchase. Jones said the event is open to everyone, but the targeted age group is children ages 2-12 years old.

Pump It Up’s new facility was completely renovated and includes new inflatables. Jones said the business, which is located next to Walmart, moved to its new facility and opened in April.

“We had been in business in the same location for 15 years and we were wanting to be in a new and bigger spot that’s visible from U.S. 31,” she said. “It’s also easier to get to from Alabama 119. Our old location was a bit tucked away and you couldn’t really see us from the road.”

PELHAM – The city of Pelham saw a slight population increase from 2015 to 2016, according to population estimates recently... read more