SHELBY- A Shelby woman was arrested and charged with the crime of bestiality on Tuesday, May 30, through an investigation by the Shelby County Sheriff’s Office.

According to arrest warrants, Kelsey Michelle Culp, 22, who lists an address on Shelby County 406, was arrested by the SCSO after she allegedly “caused, aided, or abetted another in engaging in sexual contact,” with a female dog in May. 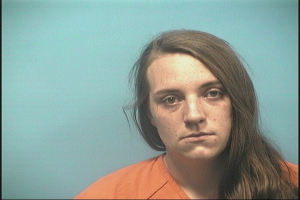 According to the SCSO, Culp’s charges stemmed from one of the same incidents that Daniel Ray Dunn, 28, who lists the same address as Culp, was arrested for on Friday, May 26. Dunn was also charged with producing child pornography and sodomy in the first degree.

Bestiality is a class A misdemeanor. If convicted, Culp could face a jail sentence of up to one year and a maximum fine of $6,000.

Culp’s case was assigned to Shelby County District Judge Daniel A. Crowson, and the date for her preliminary hearing has not been set.

According to SCSO Community Outreach Officer Debbie Sumrall, the SCSO is still investigating the charges against both individuals.

“It’s still very early in the investigation. If anyone has any information about this crime, or if there are any other victims, we would love for them to come forward,” Sumrall said.

The SCSO can be contacted by calling 669-4181, or by sending an anonymous tip on Shelbyso.com.