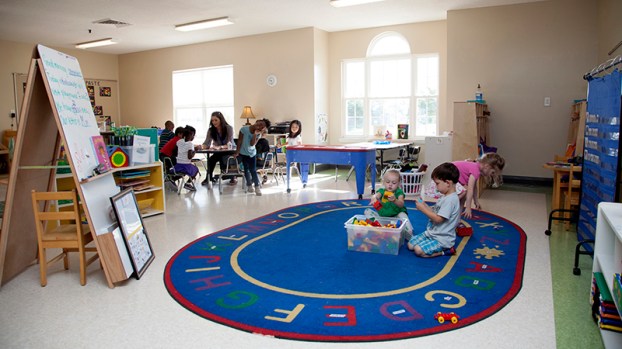 Two locations in Shelby County will be adding new pre-kindergarten classrooms in the fall, after receiving hundreds of thousands of dollars worth of grants for the programs on May 31. (File)

A daycare and an elementary school in Shelby County will be among the more than 120 new pre-kindergarten classrooms across the state this fall, after Alabama Gov. Kay Ivey and the Alabama Department of Early Childhood Education announced hundreds of thousands of dollars worth of grants for the two programs on May 31.

In total, the 122 new pre-K classrooms across the state will bring Alabama’s total to 938 classrooms serving about 16,844 4-year-olds, which represents about 28 percent of all 4-year-olds statewide, according to Ivey’s office.

Ivey said the new classrooms were made possible by increased appropriations in the 2018 fiscal year education trust fund budget along with funding from year three of Alabama’s four-year federal Preschool Development Grant.

In Shelby County, the Young Impressions Child Care Center and Oak Mountain Elementary School were among the grant recipients this year.

Young Impressions, which has locations in Alabaster and Calera, received a $150,000 grant to expand its pre-K program to the Calera location. The Alabaster location has had a pre-K classroom in addition to its other child care offerings for the past few years, and will continue to do so, said center director Yoko Brown. The Alabaster location, which opened in 2008, is located at 1321 Seventh St. S.W., and the Calera location, which opened in 2014, is located at 1208 Fifth Ave.

Brown said the Calera location, like the Alabaster location, will serve 18 children with its pre-K program, which is the maximum allowed by the state.

The Shelby County School System’s Oak Mountain Elementary School also will add a pre-K program for the upcoming school year, after it received a $120,000 grant to fund the program.

OMES Principal Debbie Horton said the school has a classroom set aside to house the pre-K program, and will work to hire a new teacher and aide to lead the pre-K classroom.

“We had a good number of people already on the waiting list, just in case we did receive the funding for the pre-K class,” Horton said, noting the school will send out a Listserv email to the school’s parents once the lottery drawing date is scheduled. “We are so excited to add this program.”

“The department prioritized grants to communities that indicated the greatest need for additional classrooms. Demand for enrollment continues to exceed the number of classrooms available,” read a press release from Ivey’s office. “Even with the expansion, to-date, more than 3,400 students already pre-registered for next year will not have the opportunity to attend. Students are selected for the limited slots via random drawings at local sites.”

PELHAM – The city of Pelham saw a slight population increase from 2015 to 2016, according to population estimates recently... read more