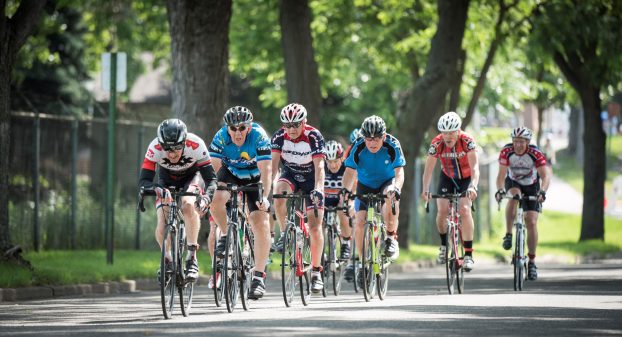 Shelby County will host some of the world's best 50 and over athletes during the 2017 National Senior Games. (Contributed)

Some of the world’s best athletes over the age of 50 have made their way to Birmingham as the 2017 National Senior Games are kicking off on Friday, June 2 across the metro area.

The games will bring in more than 10,500 athletes age 50 and over, along with another estimated 15,000 family members and friends. Competition will be held in five-year age divisions with 19 medal sports that will be contested at 20 different venues across the metropolitan area, with the Birmingham Jefferson Convention Center (BJCC) as the hub of activity.

Events will start on June 2 and continue through Thursday, June 15, and of the 19 different venues, three will be held locally in Shelby County. It’s sure to have a huge economic impact on the surrounding areas with the number of athletes and fans traveling to take part in the 30th anniversary of the games.

“We are excited to bring the largest multi-sport championship event in the world for seniors to Birmingham,” said Marc T. Riker, CEO of the National Senior Games Association (NSGA). “We can feel the excitement building in the city, and we thank the City of Birmingham and Greater Birmingham Convention & Visitors Bureau for the enthusiasm to host our 30thanniversary.”

While not the Olympics, the senior games can still bring some entertainment value as several big storylines will be headlining the event. Eight of the athletes in attendance will be competing in their 30th games as they have been a part of each one over the years.

“Amazingly, we have eight athletes who have competed in every one of The Games since 1987, and will honor these ‘Great Eight’ as examples of the benefits to be gained from maintaining a healthy, active lifestyle.”

Even more impressive is the fact that three athletes over the age of 100 will also be competing featuring 101-year-old Julia Hawkins, 103-year-old John Zilverberg and 100-year-old D. Paul Miller. Zilverberg will be competing in one of the events in Shelby County as he takes part in the bowling competition to be held at Brunswick Lanes on U.S. 280.

The other two events to be held in Shelby County will both be different forms of cycling.

Oak Mountain State Park will host both 5K and 10K time trials with the 10K taking place on June 5 and the 5K taking place on June 6. They will do the out and back course which starts and finishes at the back gate of the park and totals 9.3 miles in length. This event is expected to have 350 participants attend.

The 20K and 40K road races will be held in the heart of Shelby County in Columbiana. Both will start and finish at Shelby County High School with the 20K taking place on June 8 and the 40K on June 9. The course will feature a 7.6-mile loop.

Aside from the three venues in Shelby County, 19 different athletes who live within the county will also be competing and are highlighted below.

By EMILY REED / Special to the Reporter COLUMBIANA – After a successful interest from the community, Shelby County High... read more