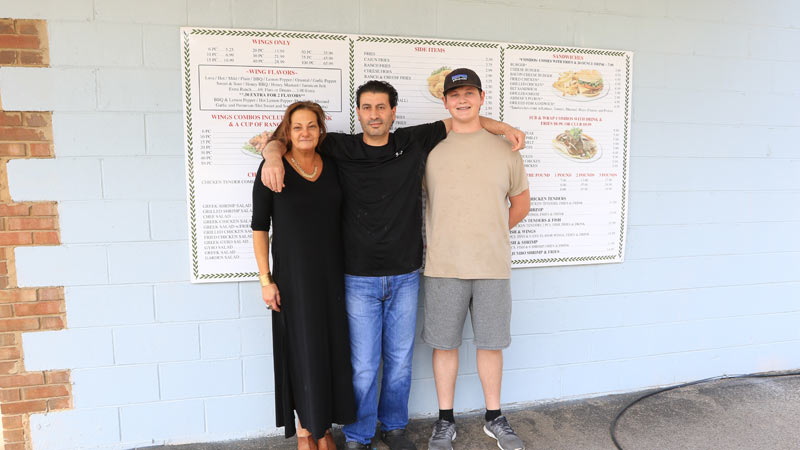 Ammar and Cameron Shaqar say they bring togetherness through the meals they serve in their restaurant, Wings Plus V & Grill Hoover located in Bluff Park. Ammar bought the Bluff Park location in 2011 to bring his own dishes and culinary background to the eatery. Ammar’s best friend, Riyad Awwad, started all of the Wings Plus restaurants, and the Shaqar family continues the tradition of freshly prepared foods at their location.

Ammar, born in Jordan, grew up helping his mother cook and learning the culinary arts.

He began cooking for his little sister and brother after their mother passed away, and it was at this time he says he knew cooking was something he wanted to do with his life.

Ammar came to the United States by playing soccer and, after leaving the Jordanian soccer team, Ammar worked in the restaurant business and purchased his first restaurant, Aladdin’s, in 1998.

At the Wings Plus Bluff Park location, Ammar serves Middle Eastern and American dishes that uniquely set this location apart from other establishments that serve wings as a primary dish.

“At Wings Plus V & Grill, we add a more Middle Eastern infusion of flavors into the wings and dishes,” Cameron says. “We like to offer something different.”

The staple at Wings Plus, of course, is their signature fresh wings. Everything is made to order and never precooked. In the kitchen, Ammar hand-makes all the wings sauces and tzatziki sauces served at the restaurant, and Cameron says their loyal customers have their favorites.

“Our most popular dish is the 10-piece wing combo in flavors of lemon pepper, hot or honey BBQ,” Cameron says.

The combo also comes with Cajun or ranch French fries. Combos are available in quantities from six wings to 50 wings. Cameron also notes that for their customers, it is a tie for the second most popular item on their menu between the Philly Steak or Gyro Combo.

Also on the menu are choices of salads, sandwiches, chicken tenders and fish. Cameron also has her own personal favorites dishes.

“I love our homemade marinade we use with the chicken for the Greek grilled chicken salad with the homemade Greek dressing,” she says. “My other choice would be our Gyro because it is fresh and the homemade tzatziki sauce and fresh pita bread really brings the dish together. I would have to say the most interesting item on our menu is the Keeke Pooh Juice. It is well known and is synonymous with Wings Plus.”
Ultimately, the Shaqar family works to provide a great gathering place with wonderful food for the community, while being a positive influence and bringing diversity to the community.

“The best thing about having a restaurant is meeting a need for people,” Cameron says.  “We enjoy meeting new people that come into our restaurant for a meal.” 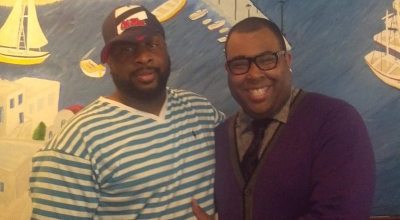