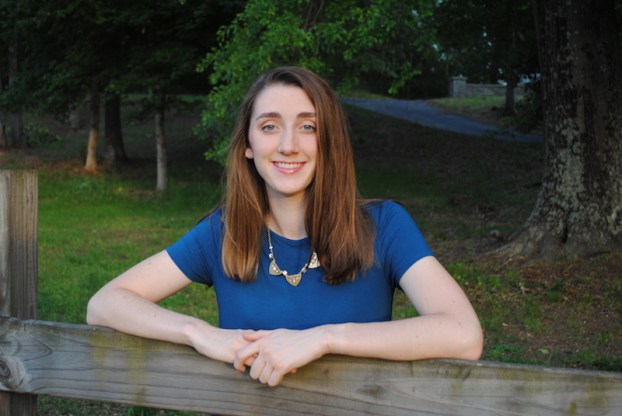 Whitley to serve country in military

By LAUREN LANE / For the Reporter

Sarah Whitley did not grow up with a military background, but once she visited the Air Force Academy last June, she knew being a part of the military would help her achieve her lifelong dream of serving her country.

“It was tough because I had to make the decision between West Point and the Air Force Academy,” Whitley said. “I had to take a step back and look at the motivation and long-term goals for my career in whatever branch and find which would help me serve my country to the best of my ability.”

Whitley’s advisor would consider her not only a future servant of our county, but also an all-American teenage girl. She is friendly, outgoing and well-liked by her peers. She is involved in various facets of campus, from marching band to cross country, and has even founded her school’s Apologetics Club.

“The kind of legacy I want to leave is that I want to be someone who opened up opportunities to make people succeed,” Whitley said.

She was so grateful for all the doors that have been opened to her and strives to bring people together by opening doors for others to have the same opportunities she feels so blessed to have had.

Since Whitley has never closed a door that has been opened to her, she keeps pretty busy, but it has allowed her to experience life through various perspectives.

Even though she participates in many extracurricular activities and achieves stellar grades, she still manages to find time to do the activities she loves most, such as hunting. Whitley has traveled all over the northern United States to hunt animals like antelope, pheasant and mule deer.

Whitley is in the top 10 percent of her class and has spent her high school career as a role model and example for the school’s underclassmen. In return, she said she has found those around her to be an excellent support system in helping her achieve her goals, and ultimately earning her way to the Air Force Academy.

“I would tell [younger students] to take advantage from the resources around you,” Whitley said. “People are very willing to support you and help make your dreams come true.”

By LAUREN DOWDLE / For the Reporter There’s no age requirement to be a true leader — something Samuel Reece, a... read more