Williams mentors others in community

By JENNIFER MAIER / For the Reporter

“My mom always told me that I have to love myself and also love others,” Shalese Williams explains.  “No matter your size, shape, color or background, everyone deserves love. Everyone deserves to feel good about themselves without someone bringing them down.” 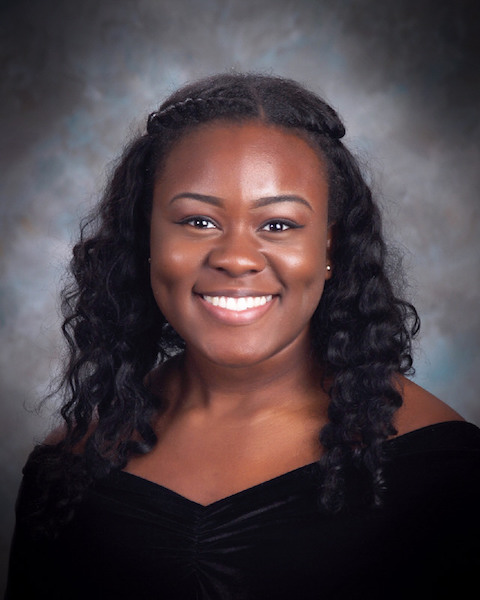 Williams, a senior at Calera High School, is no stranger to sharing her love for others. From working in an after school care program in Calera to serving as a Big Sister through the Big Brothers/Big Sister Programs, Williams has made an impact in her school and community.

With a long list of honors and achievements, it is no wonder that Williams has big plans for her future.

“After high school I plan on attending the University of Alabama to study psychology,” Williams said. “While in school I plan on obtaining a doctorate degree in this area of study. One day I aspire to become a clinical psychologist at a private firm or even in my own firm.”

Williams is a member of the National Honor Society and vice president of the Spanish Honor Society, while also participating as a Peer Helper, among many other extracurricular activities. She will graduate in the top 10 percent of her class with an Advanced Academic Endorsement Diploma.

“I participate in theatre productions, including an improvisational challenge called Destination Imagination,” Williams said. “I also compete yearly in a Poetry Out Loud competition throughout the regional and state levels. This past year I placed first at the regional level in Poetry Out Loud, by performing an original spoken word entitled ‘Matter’.”

In those rare moments when Williams has free time, she likes to draw, and is inspired by the world around her.

“Everything interests me because I think that the world and life itself is quite intriguing,” she said. “One day I plan to travel the world and explore every part of it.”

Williams has also received inspiration from her teachers, and has been able to excel in areas she previously felt were challenging.

“I have enjoyed studying AP (Advance Placement) Environmental Science and AP Biology the most,” Williams said. “Science has always been my weakest subject, and I never really had great interest in it. My teacher Mark Drackett, however, has made it absolutely extraordinary. I feel that I have learned so much and after being in his class I genuinely care about the material we go over. I’ve never taken such a great interest in science, and I owe that to one of my many amazing teachers.”