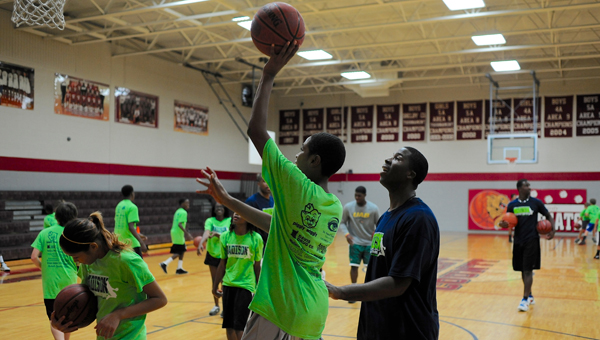 Columbiana native and former Shelby County High School basketball standout Bobby Madison is bringing his camp back to the Charles Dickinson Gymnasium at the high school for the eighth consecutive year.

In his time at SCHS, Madison was not only a star in Columbiana, but led the state in rebounding and was also named as an All-State selection before graduating in 2000, an honor that isn’t earned without a lot of dedication and hard work devoted to the game.

Madison has since digressed from basketball as a profession, but started this camp eight years ago and it’s something that brings him just as much, if not more joy than his playing days even did. 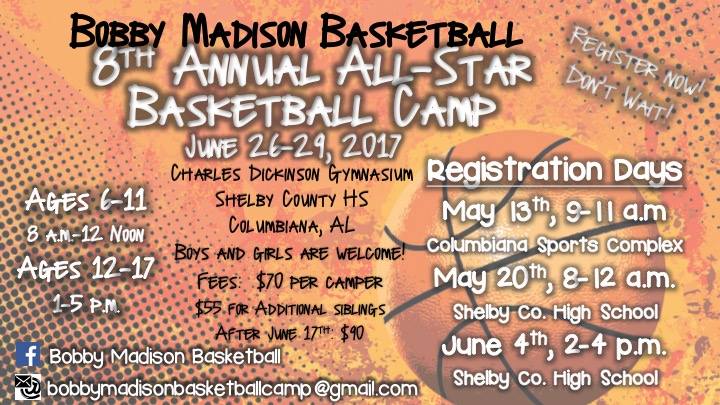 All of this background information is necessary to show what you can expect to learn from attending his camp at the end of June. Madison takes the time to put these camps together each year because he wants to help the next generation of kids realize that hard work and determination can get you noticed in the city of Columbiana as well.

While there will be a lot of fun involved in the camp, the focus will be on sportsmanship and fundamentals, something Madison fears is leaving the game.

For this reason, he spends the majority of the time teaching the campers simple fundamentals like bounce passes and shooting techniques. It’s something he has seen pay off in the grand scheme of things as it teaches kids how to play the game properly and gives them a grounded foundation on which to start showing that determination that he did, which is what it takes to make it in any sport.

The camp will be open to both boys and girls and will last four days and will feature two different time slots. Kids ages 6-11 will participate from 8 a.m. to noon, while ages 12-17 will be from 1-5 p.m. The camp costs $70 per camper, but if an additional sibling is joining them it will only cost the second person $55.

If you would like to register, you can stop by Shelby County High School on Sunday, June 4, or visit BobbyMadisonBasketball.com where you can register anytime.