Pell City man charged for shooting at vehicle on U.S. 280

BIRMINGHAM- A Pell City man was arrested and charged with two counts of attempted murder and three counts of shooting into an occupied building on Saturday, June 3.

According to a press release from the Shelby County Sheriff’s Office, Cameron Colby Kay, 26, who lists an address on Walker’s Crossing Road, was arrested after he allegedly shot at his ex-girlfriend’s car at 1:20 a.m. while she and five other passengers were traveling on U.S. 280 near the intersection of Dunnavant Valley Road. 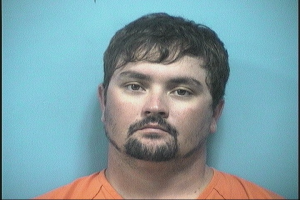 While no one was struck by any of the rounds, the press release stated that three of the shots fired narrowly missed some of the passengers.

Kay was arrested at his residence on the afternoon of June 3, and is currently being held in the Shelby County Jail on bonds totaling $210,000.

Shelby County Sheriff John Samaniego thanked everyone who helped “bring this very dangerous situation to a swift end by placing Kay in jail.”

The SCSO encouraged anyone with more information about this crime to contact them by calling their direct line at 669-4181, their secret witness line at 669-9116 or by leaving an anonymous tip at Shelbyso.com.