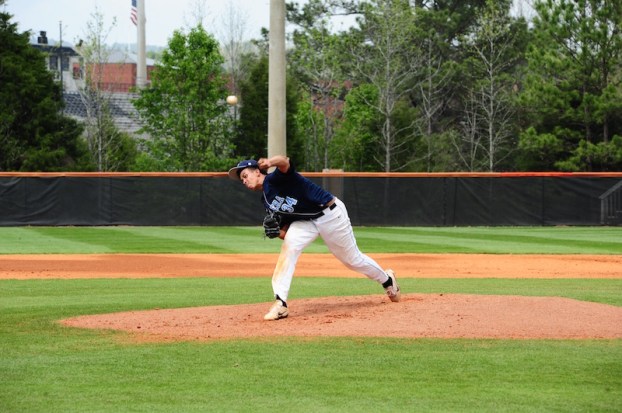 Calera's Jacob Smith was named the 2017 Co-Player of the Year alongside Briarwood's Sam Strickland after both had unbelievable seasons on the mound. (File)

In the wake of one of the strongest pitching season’s Shelby County has ever seen, it’s no surprise that two pitchers share this year’s most coveted and sought after county baseball award.

The 2017 season saw one state champion in the Helena Huskies, seven playoff teams and several historic seasons, and one thing remained constant in every one of those teams — a strong combination of pitchers on the mound. A total of nine pitchers had an ERA under 2.00 and of those nine, four finished the season with an ERA under 1.00.

Although the pitching was strong all season long the bats weren’t too shabby either as several offensive players got strong consideration for this award with Sam Praytor being the main offensive player that comes to mind. Praytor was named the Co-Player of the Year a season ago and upped his average from .454 to .458 during his senior season. Had the award found its way into the hands of an offensive player it would have been him.

Other guys like John McDonald and Ethan Holsombeck of Oak Mountain, and Cole Steadman and Carson Eddy of Briarwood were strongly considered as well after great seasons at the plate, but this season the pitching was just too strong to overlook.

Helena had three guys, Troy Cordrey, Landon Green and Riley Davis, who all had ERAs of 1.44 or lower and helped lead the team to a state championship with some clutch pitching against Cullman. Oak Mountain’s Joseph Hartsfield and especially Gene Hurst were also strongly considered.

Hurst was 9-1 this season, setting a school record for wins in a season and had a county-low ERA of .55 while striking out 79 batters. Hartsfield set a school career record with 190 strikeouts and also had a strong ERA of 1.31 with an overall record of 7-0. The two combined for seven shutouts as well, four from Hurst and three from Hartsfield.

Ethan Davis of Vincent was another strong candidate after posting a record of 7-2 with an ERA of .92 and striking out 75 batters he faced. Davis is now 15-3 in the last two seasons with one perfect game and an additional no-hitter.

Looking at all of those statistics and trying to top it was a tough task to accomplish, which should make our Players of the Year feel very honored. While any number of those six pitchers could have been featured in this spot, Jacob Smith of Calera and Sam Strickland of Briarwood separated themselves from the rest of the pack to top the list for several reasons.

While Smith is a junior, it marks the end of a strong high school career for Briarwood’s Sam Strickland and a strong career it was.

In his senior season on the mound, Strickland was almost unhittable and you could forget about scoring a run when he was on the mound. He threw four shutouts and allowed just five earned runs throughout the season on his way to a 9-1 record and an ERA of .61, which ranked second in the county behind Hurst’s .55 ERA. 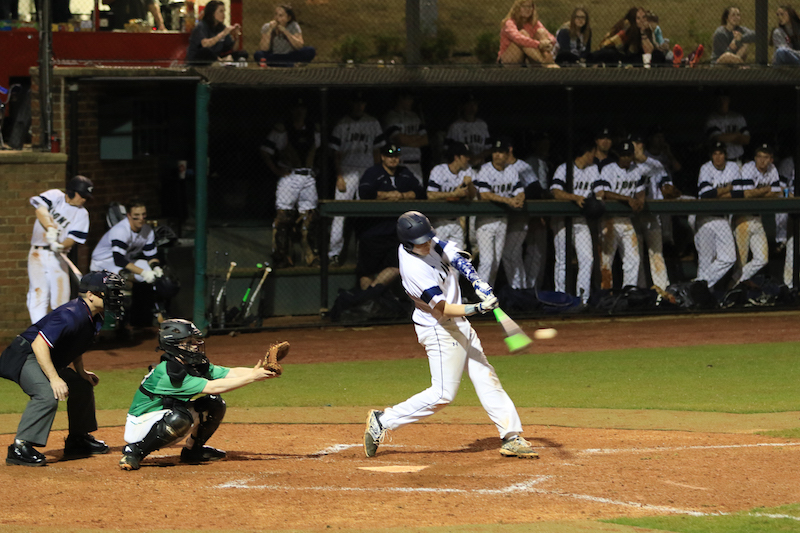 Strickland had a strong season both at the plate and on the mound for the Lions.

He gave up just a total of 36 hits in 57 innings while striking out 81, which was the third most strikeouts in the county behind Smith and Hartsfield. That’s good enough for an average of 1.5 strikeouts for every inning he pitched. Strickland had two separate outings where he struck out a season-high 13 batters, once against Sylacauga and again against Moody.

During the regular season, Strickland led the Lions to a No. 1 ranking for the majority of the year and was 1-0 in the postseason before facing off against No. 2 Faith Academy in the second round. He gave up just one earned run and three hits, but Briarwood was unable to give any run support as their season came to an end with a 1-0 loss to a team that made it to the state championship series.

His numbers are extremely impressive and in most years would be enough to garnish the award by himself, but what Jacob Smith did at Calera was just as awe inspiring.

It marked the second consecutive season he went over the 100-strikeout mark as he also went off for 114 in 51 innings last year. This year he improved on his total, while also throwing more innings with 70.2, but he now has an unbelievable total of 237 through his sophomore and junior seasons.

This year alone, he had at least if not more than eight games with eight-plus strikeouts and four with 10-plus strikeouts, including a 13 and 14 strikeout performance.

While his strikeout numbers were clearly impressive, he was also sound in so many other areas as well. The left hander posted four shutouts, tossed a no-hitter, allowed just 34 hits, gave up a total of just 14 runs, seven of which were earned and honed an ERA of .69, which ranked third in the county.

An impressive regular season for Smith that ended with a 7-2 record gave way to an even more impressive postseason as he went an additional 2-0, despite his team falling in the second round. He took down St. Paul’s Episcopal in round one 11-1 thanks in large part to 11 strikeouts and in round two he was able to add eight more strikeouts in a 3-2 complete game win over Rehobeth.

Between the two, Strickland and Smith had 204 strikeouts, an 18-3 record, gave up just 74 hits in 127.2 innings. Each player also had their moments offensively as each held batting averages above .350.

Strickland had an average of .382 at the plate with 31 RBIs after hitting the ball 39 times including 27 singles, nine doubles and three home runs.

Smith on the other hand batted .355 at the plate with 25 RBIs after going off for 38 hits including nine doubles. He also scored 18 runs during the season.

The talent in Shelby County this season was second to none and these two guys couldn’t have highlighted the class any better. Making these decisions is extremely hard because of the amount of success so many players had this season. So many put in hours and hours of hard work and were more than deserving of this award as they helped take baseball in Shelby County during 2017 to an elite level.