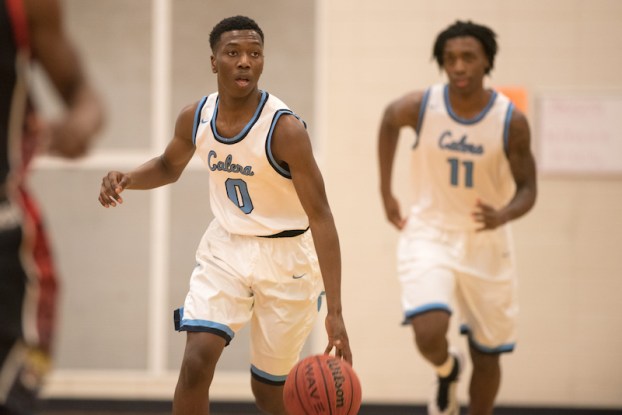 Calera will host its youth basketball camp at the high school from July 10-13. (File)

While there are a lot of great high school basketball programs around the state, not many will have a former basketball player at two Division I schools leading the way.

But that’s exactly what they will get in Calera as Drake and the Eagles host the Calera Youth Basketball Camp from July 10-13.

Drake’s background should get parents and young basketball lovers all the excitement they need to attend the camp.

During his high school days at Calera, Drake led the Eagles to three straight state championship game appearances from 2002-05 as well as a combined record of 121-19. His efforts led him to being named the 2A Player of the Year in the state and finishing runner-up for the Mr. Basketball award. He went on to be a nominee for the McDonald’s All-American game and landed a scholarship to attend Vanderbilt University.

He spent four solid years with the Commodores, redshirting his freshman year, before transferring to the University of Alabama at Birmingham for his final year of eligibility.

Aside from basketball, Drake earned a B.S. in Sociology with a Minor in Political Science from Vanderbilt and a master’s in health education at UAB. He was UAB’s Associate Director of Basketball Operations prior to accepting the P.E. instructor and head coaching position at Calera in 2005

During his time as the operations director at UAB, Drake got valuable experience from former Blazers head coach Jerod Haase, who became a hot commodity two years ago and is now at Stanford.

This allows Drake to not only bring his strong work ethic and tales of what made him so successful to the table, but also a wide array of experience under some of two great college basketball coaches in Haase and Vanderbilt’s Kevin Stallings.

He has taken that knowledge and used it to turn the Calera basketball team into a contender not only in their area, but all of Class 5A.

Now he, his coaches and players will try to share what it takes to become a great basketball player in the youth camp July 10-13. The camp is open to boys and girls completing kindergarten through sixth grade.

Camp will last those four days from 7:30 a.m. until noon in the Calera High School gym and will include a fee of $70 per child. That price includes not only a T‐shirt, but a Calera basketball as well.

Assistant coach William Madigan said the objective of the camp is to stress the fundamentals of the game such as dribbling, shooting, passing and rebounding with an emphasis on defense.

He said each camper will have an opportunity to learn something new and become a better basketball player with a main focus on working hard and having fun.

By ALEC ETHEREDGE | Sports Editor In the wake of one of the strongest pitching season’s Shelby County has ever... read more