COLUMBIANA – A Mississippi woman who pleaded guilty to causing the death of a 25-year-old Shelby County woman in October 2015 has been released from Shelby County Jail after serving eight months of jail time. 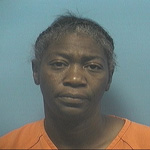 Garner-James pleaded guilty to criminally negligent homicide, a misdemeanor, and was sentenced on Feb. 10 by Circuit Judge Lara Alvis.

She was given credit for 126 days of jail time served prior to her sentencing, and was released in May.

Garner-James must surrender her Commercial Drivers License for the duration of her probation, according to court records.

Garner-James was charged with causing the death of Jordan Alexa Mays-Matson.

According to the indictment, Garner-James operated a “semi-truck with a defective brake system which defect was known to the defendant.”

Garner-James was extradited from Mississippi.

Mays-Matson was killed when the 2008 Honda CR-V she was driving collided with a 2000 International tractor-trailer driven by Garner-James, according to Alabama State Troopers.

Shelby County Sheriff’s Office deputies and officers from the multi-jurisdictional traffic homicide unit reported to the scene of the accident.

Mays-Matson was pronounced dead at the scene. The Honda CR-V was also carrying an infant, who was injured and transported to Children’s Hospital in Birmingham for treatment.

Garner-James also sustained injuries from the collision and was transported to Grandview Medical Center.

By ALEC ETHEREDGE | Sports Editor In the wake of one of the strongest pitching season’s Shelby County has ever... read more