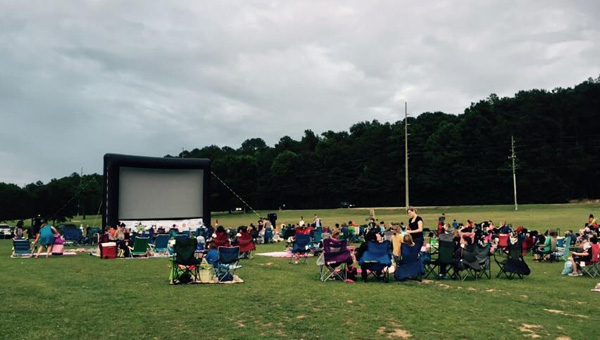 Free Friday Flicks began June 2 and will continue through July 21 at Veterans Park off Valleydale Road in Hoover. (CONTRIBUTED)

The movie series, which is being held at Veterans Park for the fifth year, continues every Friday through July 21 with a rain date scheduled for July 28 in case one of the other dates are cancelled because of inclement weather.

Free movies start at dusk each week and are shown on a 30-foot screen set up in the park.

Attendees can arrive early, beginning at 6:30 p.m., and enjoy activities for children and Little Caesar’s pizza.

Backyard Movie Parties started the movie event 24 years ago at Caldwell Park. Later, they moved it to Homewood before ending up in Hoover.

By NEAL WAGNER / Managing Editor ALABASTER – A pair of dogs were healthy and happy by the time firefighters... read more