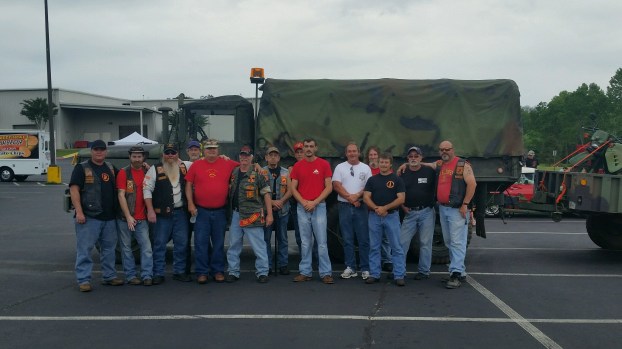 The Confederation of Leathernecks MC raised more than $1,200 for the Semper Fi Fund, a nonprofit that helps wounded veterans and their families. (Contributed)

PELHAM – The Confederation of Leathernecks Motorcycle Club raised more than $1,200 for the Semper Fi Fund during its inaugural “Cruisin’ for the Troops” car and bike show on May 27 at the Pelham Civic Complex.

The event featured a DJ, food from Full Moon Bar-B-Que on U.S. 280 and several motorcycles and cars from area car clubs, according to a news release about the event.

The Confederation of Leathernecks MC is a Marines-only motorcycle club that works to raise money for various organizations that offer support for military personnel and veterans.

The money raised from the car and bike show will be donated to the Semper Fi Fund, a nonprofit organization that provides immediate financial assistance and lifetime support to post-9/11 wounded, critically ill, injured members of all branches of the U.S. Armed Forces and their families and spouses and children of active duty service members who face a life-threatening illness or injury.

The Semper Fi Fund ensures that those who have served in military have the resources they need during their recovery and transition back into their communities.

Since it was established in 2004, Semper Fi Fund has issued 137,000 grants totaling more than $150 million in assistance to more than 18,500 service members and their families.

Marine veteran Ryan Kabcenel attended the event and shared his story and how Semper Fi Fund helped him after being wounded in Afghanistan.

For more information go to SemperFiFund.org.