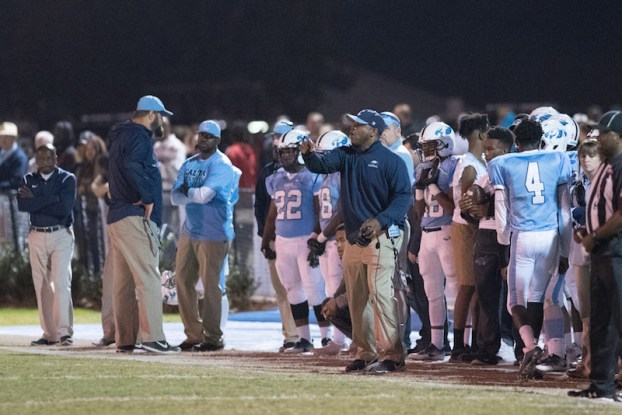 Calera head coach Andrew Zow, pictured above, will have a top kicking prospect on his team for the next two seasons in Zach Ford. (File)

CALERA – Just a rising junior on Calera’s football team, Zach Ford has already had several big moments in the Eagles’ blue and white uniform, including a game-winning 40-yard field goal during the 2016 season to beat Dallas County as time expired.

Ford’s talent hasn’t gone unnoticed as he has recently been recognized as a Ray Guy Prokicker.com Top Prospect Award winner for 2017. His outstanding performance at the Ray Guy Kicking Camp – along with his national ranking – has earned him the opportunity to compete at the National Top Prospect Camp held later this summer in Richmond, Kentucky from July 15-16. 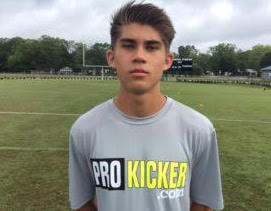 The Ray Guy Prokicker.com Top Prospect Award identifies the Nation’s Top kickers, punters and long snappers and promotes them for college recruitment. It is a “behind the scenes” evaluation that takes place at all Ray Guy/Prokicker.com events across the country. Every athlete’s skills are observed and charted, allowing coaches to select the newest members of the Top Prospect Award team.

This is an important aspect that allows the athlete to show at any time their ability to consistently kick, punt or snap, as if they were already in college. By displaying this type of performance, any kicker, punter or snapper can greatly increase the likelihood of earning a spot on our list.

Serving as a marketing arm for student-athletes seeking collegiate opportunities, the Top Prospect Award program is primarily for high school juniors and seniors, although, on rare occasions, we may include sophomore and freshmen student-athletes who demonstrate a natural ability at an early stage of their career.

According to Prokicker.com, Ford is considered to be the 15th best kicker in the country when it comes to the class of 2019. During his combine he registered an average kickoff distance of 58.5 with a long of 61. His average hang time on kickoffs 3.573, which was actually fourth overall out of every competitor. Ford also held a field goal accuracy mark of 50 percent, which was his worst category, but he is normally light years better than that.

Ford will have two more years to impress scouts and help his team pull of more victories as the Eagles look to take that next step of competing for a state championship.