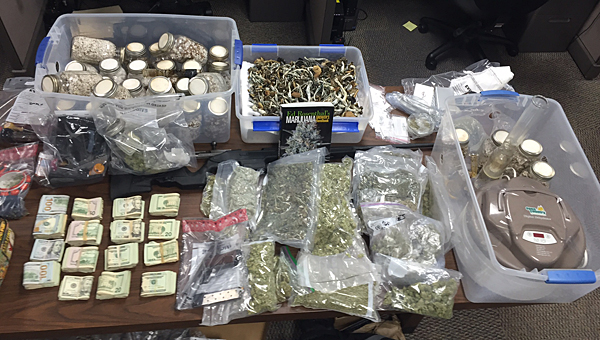 The Shelby County Drug Enforcement Task Force allegedly recovered 44 pounds of psychedelic mushrooms and more than 4 pounds of marijuana at an Alabaster residence on Aug. 11, 2016. Two suspects have been indicted on charges related to the bust. (Contributed)

ALABASTER – A pair of suspects nabbed in an August 2016 drug bust in Alabaster have been indicted on multiple felony charges, while charges against three other suspects are still pending.

A grand jury in February returned a three-count indictment against 23-year-old Alabaster resident Thomas William Anderson, upholding felony counts of trafficking marijuana and possession of a controlled substance and a misdemeanor count of possession of drug paraphernalia.

Anderson has entered pleas of not guilty and not guilty by reason of mental disease or defect to the crimes.

On Aug. 11, 2016, Shelby County Drug Enforcement Task Force investigators executed a search warrant on a residence in the 200 block of Fran Drive in Alabaster. While at the residence, investigators discovered “an elaborate laboratory used to harvest psychedelic mushrooms and prepare them for sale,” according to Task Force Commander Lt. Clay Hammac.

“During the search of the residence, nearly 44 pounds of psychedelic mushrooms containing psilocybin were seized, along with more than 4 pounds of high-grade marijuana, multiple firearms and more than $25,000 in cash,” Hammac wrote in a release at the time of the arrests.

Hammac said Task Force investigators allegedly determined the marijuana seized at the house was purchased from Colorado, California and Oregon.

In addition to Anderson and Stewart, Task Force members also apprehended 31-year-old James Michael Hipp, 36-year-old Behn M. Wartenburg and 20-year-old Gabrielle Elyce Gunn. As of June 9, Hipp, Wartenburg and Gunn had not been indicted on any charges. 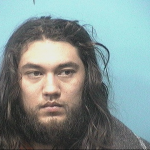 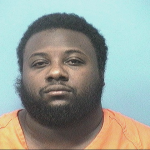