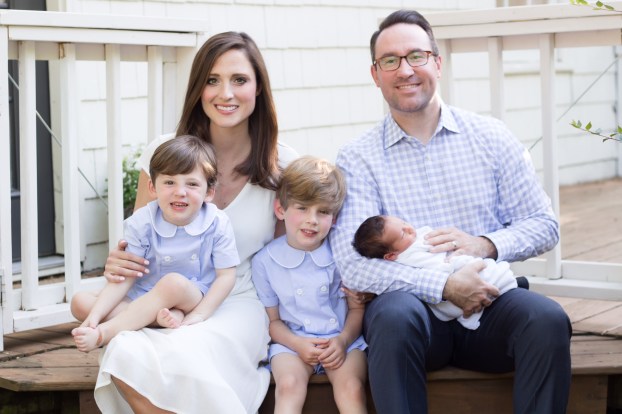 Justin Hefner will be the principal of Pelham Park Middle School. He is pictured with his wife Sarah and their three sons – William, John and Benjamin. (Contributed)

PELHAM – The Pelham City Schools Board of Education hired Justin Hefner as the principal of Pelham Park Middle School at a meeting on Thursday, June 8.

The new middle school is set to open to 740-750 students in the fall, Hefner said.

Hefner, who was hired by PCS in March 2016 as the coordinator of teaching and learning, said he is beyond excited to be taking on a new role within the school system.

“I’ve loved being a part of the Pelham community,” he said. “Our leadership here is outstanding so this has really been a dream come true for me.”

Hefner has about 10 years of experience as an educator. Before PCS, Hefner was employed by Shelby County Schools and Homewood City Schools.

As an educator, Hefner said he’s been able to experience the full picture of what education looks like in the state of Alabama.

“I’ve worked in areas of both poverty and wealth and in diverse areas,” he said. “I feel like my experiences have prepared me for this position.”

Hefner, a Texas native, moved to Alabama in 2009. He is married to Sarah and they have three sons – 4-year-old John, 2-year-old William and 2-month-old Benjamin.

PELHAM – The Pelham Library Guild has a fundraiser under way to help raise money for the city’s new public... read more