WILSONVILLE – A Wilsonville man who is facing a first-degree sexual abuse charge was recently released from Shelby County Jail. 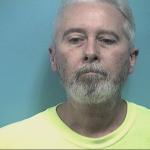 Michael Shannon Meehan, a 53-year-old who lists an address on Johnston Street, was arrested and released from jail on June 4 on $15,000 bond, according to court documents.

Between May 2010 and May 2014, Meehan allegedly subjected an individual to sexual contact by forcible compulsion, which means a victim is forced to comply by physical force or threats.

First-degree sexual abuse is a Class C felony punishable by one to 10 years in prison and up to $15,000 in fines.

Meehan’s case has been assigned to District Court Judge Daniel Crowson Jr. Meehan is set to appear in court for a preliminary hearing at 8:30 a.m. on July 26.

By GRAHAM BROOKS / Staff Writer ALABASTER–School may be out for the summer for students, but the Shelby County Board... read more