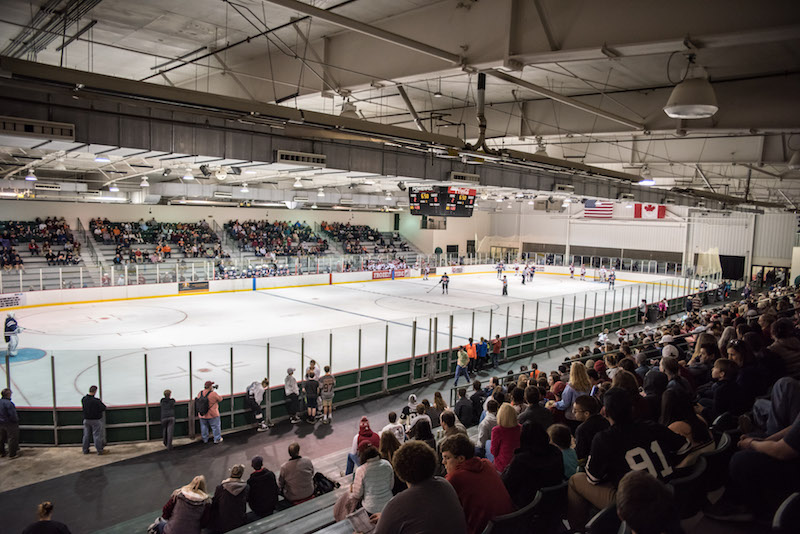 PELHAM – The Birmingham Hockey Club LLC announced the 2017-18 schedule for the returning Birmingham Bulls hockey team on Monday, June 12, which sent a lot of excitement to those who have missed the game in the city over the last 15 years.

The Bulls, who are a 2017 expansion team in the Southern Professional Hockey League, last played in the area in 2001, but have been sorely missed by many and will return to the Pelham Civic Complex to play all of their home games.

With hockey fever at an all-time high in the south after the emergence of the Nashville Predators in the Stanley Cup Final, the Bulls couldn’t have picked a better time to return to the Birmingham metro area and release their schedule for the upcoming season.

In what seems to be just around the corner, Birmingham will open the season on Oct. 21 as they travel to take on the Mississippi RiverKings in Southaven, Mississippi. They’ll follow that up with back-to-back games in consecutive games against the Peoria Rivermen.

Finally, in what is sure to be a packed house in the newly renovated Pelham Civic Complex, the Bulls will host their first home game of the season on Friday, Nov. 3, as they take on the Knoxville Ice Bears. They’ll follow that up with a second consecutive home game a week later on Friday, Nov. 10, against in state foe the Huntsville Havoc.

In all, the Bulls will play a total of 28 home games at PCC as well as 28 additional games on the road. The season will span from the opening date of Oct. 21 through the regular season finale on April 7, before the playoffs kick into gear.

Season tickets are also now available for purchase and for information on how to purchase you can call 620-6870. The city of Pelham along with the Birmingham Hockey Club are doing everything they can to make this feel like as professional of an environment as possible adding many different fan friendly accommodations as well as new seating, even including some box seating.

There will be plenty of chances for fans to take advantage of these renovations as 23 of the 28 home games will take place on a Friday or Saturday night.

If you would like to view the league’s complete schedule you can visit the SPHL’s website (www.thesphl.com). As for the Bulls website, it is currently still under construction, but will have info at bullshockey.net. 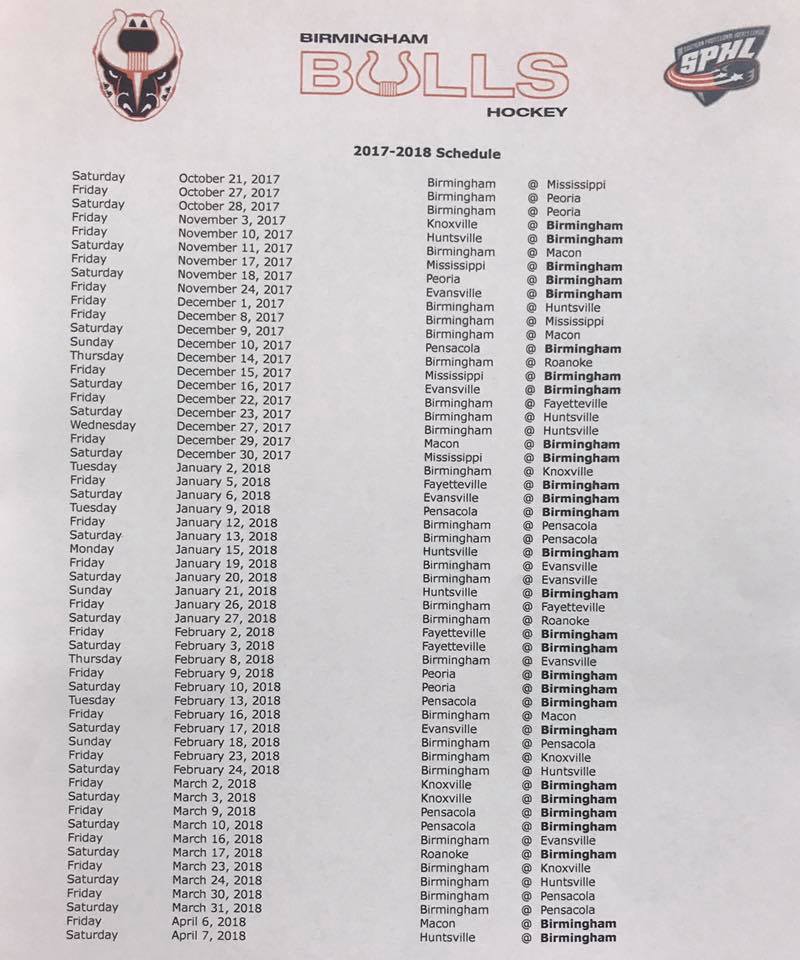