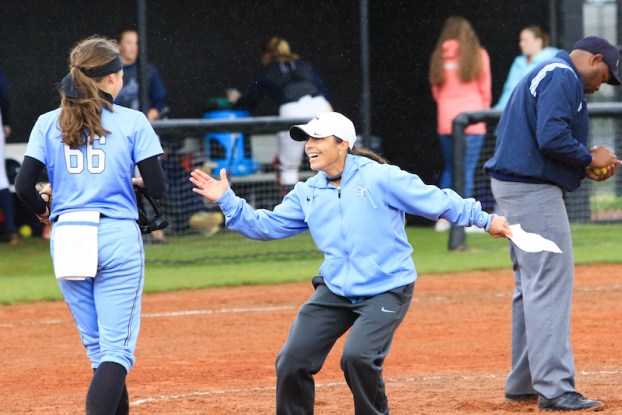 Spain Park head coach C.J. Hawkins helped lead the Jaguars to their second consecutive appearance in the state tournament during the 2017 season. (File)

Hawkins and Lee named 2017 Shelby County Coaches of the Year

Shelby County is statistically one of the largest counties in the state of Alabama and with that comes some of the most successful coaches not only in the state, but in the country. That has really started to show off in softball as several coaches are creating consistent success and on the way to dynasty status.

In 2017, success was more exuberant than ever as several coaches led their teams to some of the best finishes in recent history.

Thompson’s Kevin Todd was one of those coaches that really stood out for a multitude of reasons. In just his second season at the helm, Todd led the Warriors to 31 wins and now has a combined 52 in his two seasons in Alabaster. Not only did his coaching ability show off on the field, but it transferred over to the players as the Warriors fielded one of the best offenses in the state with four girls batting above .400 and even one, Lauren Haskins, who batted near .600 as she finished the season with an average of .588.

While the Warriors just missed out on the playoffs, they competed in the toughest area in 7A with the likes of two other top 10 teams in Vestavia and Tuscaloosa County, not to mention Hoover. While he has yet to get his team to the playoffs in his first two seasons, he is well on his way to doing so.

Helena’s Heidi Kouveras, who was named coach of the year last year, was up there again this year as one of the top coaches after leading the Huskies back to the state tournament. Last year her team fell in the state title game, and while this year they came up a couple games short of that mark, Kouveras is very close to leading her team to a break through state championship.

Those two alone were worthy of earning the honor of coach of the year in this prestigious athletic county and deserved the recognition, but in the end two other coaches caught my eye for how they managed their teams through the ups and downs.

Those two coaches were none other than Spain Park’s C.J. Hawkins and Chelsea’s Heather Lee. What impressed me most about both of these coaches, that have now led their teams to back-to-back state tournament appearances, was that they helped their teams maintain their course after starting the season strong, but then finding themselves in a slump before rebounding with a strong finish. 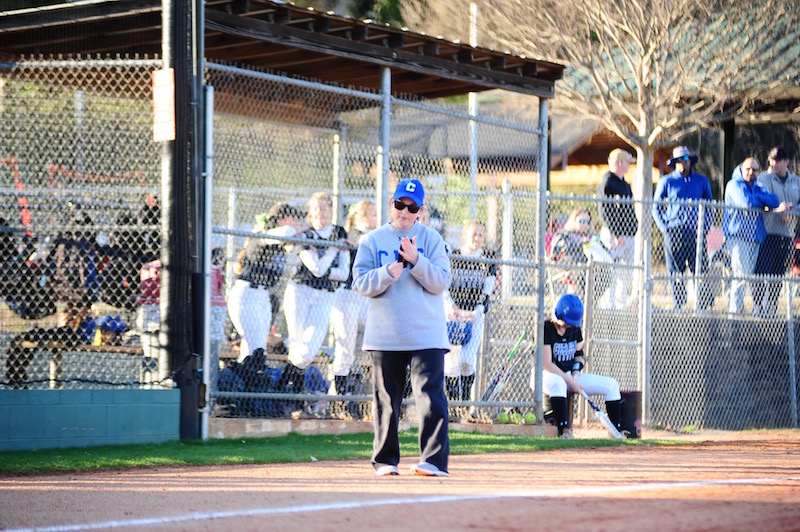 Chelsea head coach Heather Lee led the Hornets to their second straight state tournament and came extremely close to repeating as state champions, one of the hardest things to accomplish in all of sports. (File)

What makes a coach great isn’t how good they do when everything is going perfectly, but how they get their team to respond when they hit adversity and both of these coaches displayed great leadership in that exact situation during the 2017 season.

Starting with Hawkins and the Jaguars, Spain Park started the season with 22 consecutive wins and earned the No. 1 ranking after tearing through their opponents including winning their first ever Jag Classic. The Jags were making waves around the state and were the talk of the softball world getting a lot of recognition in national polls.

While they picked up their first loss in 14-7 game to Hewitt-Trussville on March 21, SPHS rebounded and went on to start the season 33-2. They hit somewhat of a rut going 4-4 over their next eight games and ultimately finished in a tie with Oak Mountain in the regular season area standings.

While all of the Jaguars’ losses came to quality opponents, most of which were in the top 10, it was still something they had to battle through if they wanted a chance at getting redemption for their heartbreaking loss in the state title game in 2016.

After hitting the 35-6 mark, Spain Park turned a new page and became the team that started the season so strong again. They went 12-2 over their next 14 games leading into the second game of the state tournament. While having an experienced team with several Division 1 stars helped, Hawkins got her team re-focused on what their mission was and it paid off.

While they went on to lose to Buckhorn then fell to Sparkman in heartbreaking fashion for the second year in a row to end their season, the Jags were at least able to give themselves a chance at their goal thanks to strong leadership both from Hawkins and the players it has trickled down to.

Coming into the season, the Chelsea Hornets were fresh off a 2016 state championship and looking to do the hardest thing in sports, repeat as champions.

Lee and her team came into the season extremely focused despite not having a whole lot in the way of returning starters on the roster, but Sarah Cespedes and Allie Miller were great players to lean on. Chelsea came out and started the season 12-2 earning the No. 1 ranking in Class 6A.

The Hornets, like the Jags however, hit a slump after the hot start going 16-15 over their next 31 games. While it was still an above .500 record, it’s not exactly what Lee or her team wanted as they knew they could do better.

But it wasn’t a sprint to the finish line, it was a marathon, something Lee realized and shared with her team. Knowing there will be ups and downs throughout the season is a necessary quality to be successful.

While they ended up losing the regular season area title and area tournament to Helena, Chelsea rebounded and won five of their next six games including beating the Huskies twice in the state tournament. The Hornets went on to lose to both Daphne and Hazel Green, the two that made it to the championship game, to end their season.

While both teams came up short of their goal, Chelsea of repeating and Spain Park of redemption, both Hawkins and Lee had accomplished taking their teams to back-to-back tournaments, come within two games of state championships and helped their teams weather difficult stretches. Both heralded the best of qualities that make for a coach of the year and both were deserving of the 2017 honor.

By ALEC ETHEREDGE | Sports Editor The ASWA released its 2017 All-State baseball list on Sunday, June 11, and an... read more