COLUMBIANA- An Alabaster woman was recently arrested and charged with theft in the first degree after she allegedly stole thousands of dollars from a school in the Shelby County School system.

Tyee Marks Eason, 46, who lists an address on West Grand View Terrace in Maylene, was arrested by the Helena Police Department on Thursday, June 1. 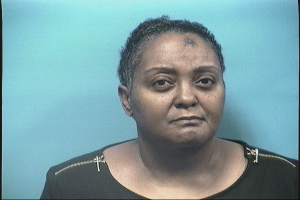 According to her arrest warrants, Eason allegedly did “knowingly obtain or exert unauthorized control” over more than $100,000 in U.S. currency “with the intent to deprive the owner of said property” from February 2015 to January 2016. The money was considered the property of the Shelby County BOE and Helena Middle School.

A statement from the SCBOE said Eason had been employed in the school system for 11 years, and worked as the bookkeeper at HMS since the school opened in 2008. She allegedly used her position to misappropriate school funds. According to Shelby County School Superintendent Randy Fuller, the investigation is ongoing.

“The allegations which are being investigated are serious. As soon as we became aware of a discrepancy of funds at Helena Middle School, we reported the matter to law enforcement officials and [Eason] was placed on administrative leave,” Fuller said. “We take fiscal accountability measures seriously and the misuse of school funds is always unacceptable.”

Theft of property is a class B felony, which can be penalized by two to 20 years in prison and a maximum fine of $30,000.

Eason was taken to the Shelby County Jail, where she was released on a bond of $30,000 on the same day she was arrested.

Eason is set to appear before Shelby County District Judge Daniel A. Crowson at a preliminary hearing on July 26.

Anyone with more information about this crime can contact the Shelby County Sheriff’s Office at 669-4181 or send an anonymous tip online at Shelbyso.com.