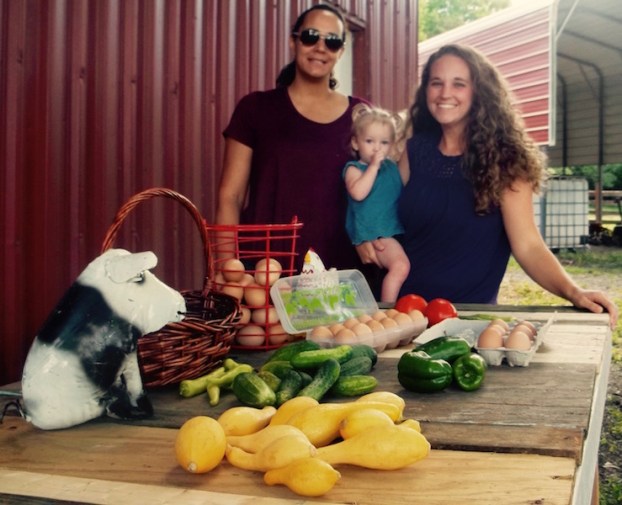 So you’ve got a demanding professional career, an executive husband and two kids—and you privately get a tad smug about being “Super Mom.”

Well, get over yourself and step aside because 28-year-old Ashley Medders could claim that title in her spare time—if she had any.

With four children under 8 years old, and a husband who works as a nurse-manager at UAB, Medders received her undergraduate degree in marketing last month—a college career that included taking one of her online finals on Mother’s Day while in the ER with her youngest child.

Meanwhile she is raising hogs and chickens, producing an out-sized vegetable garden, launching a wedding and party venue in her hayloft and making three trips a week to Children’s Hospital. Her youngest, Riley Rae, a pint-sized 17-month-old, requires physical therapy to keep her muscles from wasting away.

The determined little girl climbs, plays and gets into things—despite the baffling genetic disorder that prevents her from growing normally and steals her muscle tone.

“Come here—we have to get into your belly band,” Medders says matter-of-factly to Riley as her practiced hands tighten a broad white elasticized strap around Riley’s middle.  Without the belly band and small pink plastic braces on her feet and ankles “she would just flop over every which way. One of her arms is longer, and one of her legs is longer,” says Medders as the child, apparently unaware of these challenges, trots across the yard toward a green plastic slide and her brothers and sister.

Riley—known to her family as “Bug”—needs daily growth hormone injections and a number of medicines to shore up an inadequate immune system. Out-of-pocket monthly costs can run into thousands of dollars in insurance co-pays, and, right now, Medders fretted, “we have $2,000 outstanding.”

After moving to the six-acre farm for more room when Riley was on the way, the self-described “city girl” became a farmer. When Medders got her marketing degree and was facing the mounting medical bills, “I decided to use my degree to market the farm.”

With the devoted help of her best friend, Heather Felder, Ashley launched her enterprise: Raising Riley. All profits from the produce, egg and pork sales go toward Riley’s care, Medders said. She and Felder spruced up the hayloft and are launching the party venue in cooperation with a commercial event planner—Heirloom Alabama.

The women built their own produce stand from scrap lumber and scrap metal for a Memorial Day launch. Ashley sells USDA-inspected pork, brown eggs and homemade peanut butter for Raising Riley, too.

The hogs arrive as cute little feeder pigs and wind up pork after Ashley hauls the grown hogs to a USDA-inspected slaughterhouse in Georgia. Although Ashley and her children take the hogs’ destiny in stride, Heather has to overcome an issue.

“I am a vegetarian,” Felder said.