Memorial Weekend has ended and Westover residents are looking forward to summer fun. In addition, the weather threat has decreased for tornadoes in our area. Normally, the tornado season is heaviest in the early spring; however, in Alabama – tornados can occur 24/7.

Westover has a safety plan for its citizens by having a storm shelter that can house about 120 people for an F5 tornado. It was last used on a late Tuesday afternoon in April 2016 – about 60 people sheltered within the strong shelter walls. 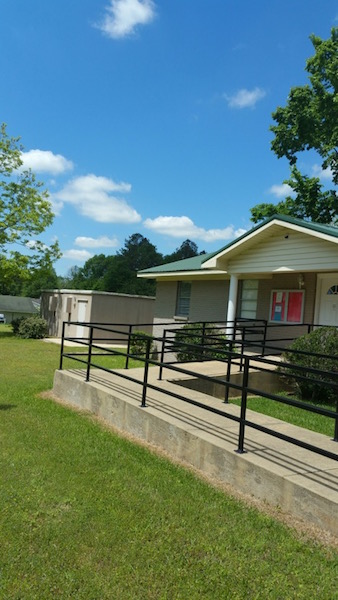 Westover’s storm shelter located next to City Hall at 3312 Westover Road is best accessed via the parking lot behind City Hall. (Contributed)

Westover is in the “Dixie Alley” so weather sirens, weather alert apps and a storm shelter are available for the Westover citizens. There are weather alert radios that can be programed for our area. Three of the four seasons – fall, winter and spring – are prime periods for tornadoes; however, while doing research, I noticed that every month and every hour of the day can produce a tornado. Please have a safety plan ready for emergencies. Have an “action plan!”

Our last deadly outbreak was the end of April 2011. It has become known as “2011 Super Outbreak.” It was the largest tornado outbreak ever recorded and is known as the fourth deadliest outbreak in United States history, killing over 300 people. The nation’s peak season for tornadoes is May through June but living in the South, we know that April and November can produce these strong “super cells” which can create deadly tornados. Remember to have your “action plan” ready and be sure all your family members know it in detail.