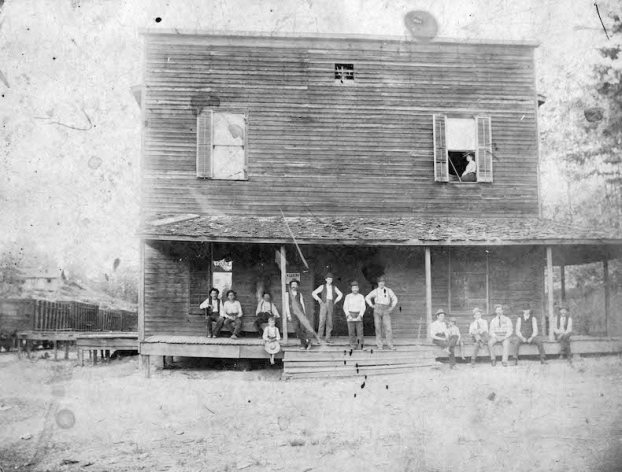 Gurnee Store, circa 1910. The Helena and Blocton Mineral R.R. started at Helena and ended at Blocton in Bibb County.

Along the route of the railroad were a number of mining camps in Shelby County that depended on Helena in more than one way.

The coal from these mines was brought by rail to the large railroad yard in Helena for distribution.

Also, the residents of these camps depended on Helena for doctors and other services.

Gurnee Junction located west of Helena on the railroad was one of these camps.

Like Helena, coal was being mined at Gurnee Junction during the Civil War.

Other camps on or near the railroad were Imogene, Superior, Mossboro, Coalmont, Roebuck and Falliston.

The first three of these have been reclaimed by nature. (Contributed/City of Helena Museum)