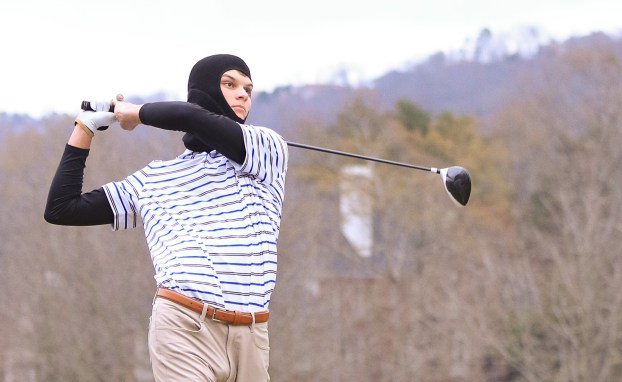 Spain Park’s Ethan Hagood, pictured here at the Bradley Johnson Memorial Tournament earlier this year, won the 2017 Southern Junior Championship by finishing with five consecutive birdies, three of which came in a playoff. (For the Reporter/Dawn Harrison)

ALEXANDER CITY – Finishing with five consecutive birdies, including a three-hole aggregate playoff, Spain Park’s Ethan Hagood won the Southern Junior Championship at Willow Point Golf & Country Club in Alexander City. Hagood shot an aggregate total of 208 after firing rounds of 66, 69 and 73, which put him at 8-under for the tournament.

Kyle Cox of Carrollton, Texas, went into the 17th hole with a two-shot lead, but Hagood finished his last two holes birdie-birdie, while Cox went par-par, pushing the duo into a playoff for the title.

Coming into the final round, Cox held a one-shot lead at 10-under, while Hagood was one shot back at 9-under. At one point in the final round, Hagood made three consecutive bogeys from holes 9-11 and fell further behind as Cox had pulled two shots clear with seven holes to play.

Cox did what he needed to do by paring out, but Hagood turned up the pressure late paring holes 12-16 before rattling off back-to-back birdies on 17 and 18 to tie the lead in the clutch.

The two continued their battle into a playoff where neither wanted to go away. On the first two holes each player matched the other with a birdie forcing a third playoff hole where Hagood pulled off his fifth consecutive birdie to take home the championship.

Overall, Alabama earned the state team championship with Hagood (135), Austin Coggin of Vestavia Hills (138), Reed Love of Trussville (140), and J.P. Cave of Mobile (142) all having nice finishes. The award was determined after the first two days of play comprising of the low four players from each state participating.

This was the 45th annual Southern Junior Championship that is part of the Southern Golf Association tour. The field consisted of 160 players from seven countries and 18 different U.S. states.

The tournament is open each year to male amateur golfers who have reached their 14th birthday by the start of play and have not yet had their 19th birthday, have a handicap index of 12.4 or less and are not members of a college golf team.

Hagood bested this year’s field of 160 players to have his name etched on the prestigious Perry Adair Trophy that is housed at the Southern Golf Association Headquarters in Birmingham.

Former champions include PGA Tour players such as Justin Leonard, who won the event in back-to-back years, Charles Howell, who also won it three consecutive years and Sean O’Hair.

By GRAHAM BROOKS / Staff Writer HELENA–Boys and girls who have an interest in learning more about the game of... read more