COLUMBIANA- A Shelby man was arrested and charged with assault in the second degree for allegedly stabbing another man on the morning of Thursday, June 15.

Deputies from the Shelby County Sheriff’s Office arrested Terry Lee Jennings, 49, who lists an address on Shelby 405, after responding to an emergency call and finding an adult male with multiple, deep lacerations on his body. 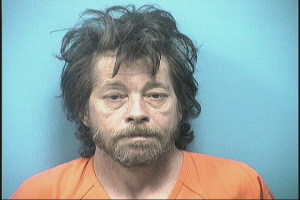 Deputies determined that Jennings and the victim had been engaged in an argument before Jennings attached him with a knife.

The victim was taken to a nearby hospital, where he was treated for his injuries and later released.

Assault in the second degree is a class C felony, which could carry a prison sentence of a year and a day to 10 years and a maximum fine of $15,000 if Jennings is convicted.

Jennings is currently being held in the Shelby County Jail on a $5,000 bond. His case was assigned to Shelby County District Court Judge Daniel A. Crowson.

The SCSO encouraged anyone with more information about the incident to come forward and contact them by calling 669-4181 or sending an anonymous tip on Shelbyso.com.

HOOVER – The Trace Crossings development will extend into Shelby County after the Hoover City Council approved changes to the... read more