FROM STAFF REPORTS
Speaker of the Alabama House of Representatives Mac McCutcheon, R-Monrovia, on Monday announced that he has appointed State Rep. Matt Fridy, R-Montevallo, as vice chair of the House Judiciary Committee. 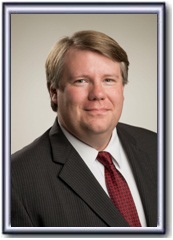 “Matt Fridy possesses one of our state’s bright legal minds, and he has proven himself to be an invaluable asset during committee and floor debates about various aspects of Alabama law,” McCutcheon said.  “During his relatively short time in the Alabama House, Rep. Fridy has earned the respect and trust of his fellow lawmakers, and I am proud to appoint him to this important committee leadership post.”
Fridy, who was elected to the Alabama House in 2014 and represents Shelby County’s District 73, said he appreciated the assignment and eagerly anticipates the work that awaits him.
“The House Judiciary Committee routinely deals with some of the most complex and important issues that come before the body, as evidenced by the fact it was tasked with handling the impeachment of Gov. Robert Bentley,” Fridy said.  “I look forward to working with Judiciary Committee Chairman Jim Hill and the rest of the members as we debate and determine the course of Alabama’s legal and judicial future.”
Fridy, a graduate of the University of Montevallo and Samford University’s Cumberland School of Law, is  employed as an attorney with the Birmingham law firm of Wallace, Jordan, Ratliff, and Brandt.
He is a board member of the Greater Shelby Chamber of Commerce, a former board member of Hands On Birmingham, and a former vice chair of the University of Montevallo’s National Alumni Association board of directors.
A former two-term chairman of the Shelby County Republican Party and current member of the Alabama Republican Executive Committee, Fridy and his wife Kimberly, a pharmacist, have five children; Jack, Beth, Cate, Emmy, and Carrie Mae.