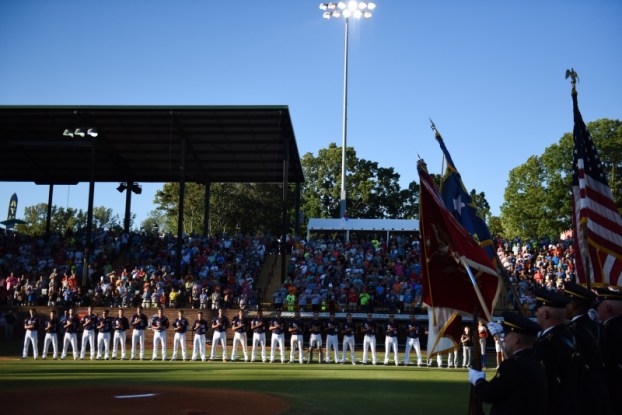 The Alabama American Legion Baseball league is in full swing and is featuring several local teams during the 2017 season. (Contributed)

The league still stands behind the traditional values upon which it was founded in 1925. American Legion Baseball has taught hundreds of thousands of young Americans the importance of sportsmanship, good health and active citizenship. The program is also a promoter of equality, making teammates out of young athletes regardless of their income levels or social standings.

American Legion Baseball has been, and continues to be, a stepping stone to manhood for millions of young men who have gone on to serve their country or community, raise families or play the sport at the highest level.

The Baseball program offers opportunities in three age divisions: Junior Varsity (15U), Varsity (High School Eligible/17U) and 19U for state championships.  The 19U division state champion can advance to Regional tournament and possibly the American Legion World Series. A college freshman division is offered as an exhibition program that does not have a state championship or the ability to advance to regional or world series level of play.

The 2017 AALB World Series will be held Aug. 10-15 and while it didn’t feature any teams from Alabama last year, a new year brings new possibilities as several of the country’s best youth baseball teams try to earn a spot amongst the elite.

Regular season games will continue all over the state, including several locally in Shelby County, until July 15. The AALB varsity, junior varsity and 19U Open Tournament will take place from July 13-16 at Birmingham Southern College and the University of Montevallo. That will be followed by the 19U State Baseball Tournament July 20-23 at The University of Alabama-Huntsville, which will determine who advances to regional play.

The current state standings see American Legion Postt 555 14U leading the junior varsity league with a 4-1 record. The Alabaster Crusaders are in a tie for 10th at the varsity level with a record of 1-1-2, while Chelsea Post 555 is in 11th in that same division, along with Shelby County Post 555 in 15th. At the 19U level, Shelby County Post 555 is in eighth with an overall record of 4-7-3, playing three more games than the next highest team.

If you are interested in sponsoring an organization with a proven track record of helping young men succeed, AALB is looking for you! Packages are available with a variety of reward levels as our way of thanking you for your support! Choose “Sponsor” at Alabamaamericanlegionbaseball.com.

Have a product or service you’d like to showcase to hundreds of potential targeted customers? We’d love to have you set up as a vendor at our state tournaments. Multiple packages for you to choose from are available.

By ALEC ETHEREDGE | Sports Editor A Calera youth baseball team continues to impress after winning the 2017 15U Playmaker... read more