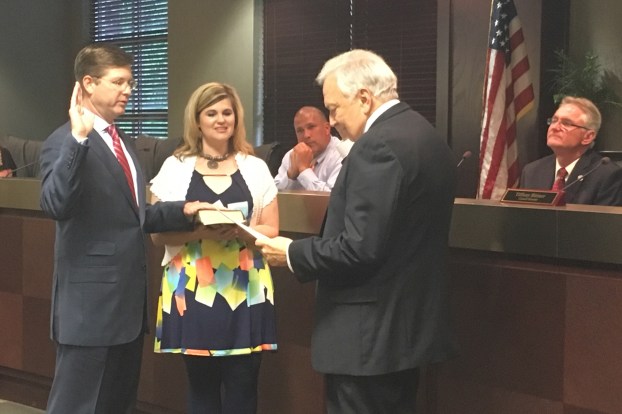 CHELSEA- All positions for the new Chelsea Municipal Court team were filled at a regularly scheduled city council meeting on the evening of Tuesday, June 20.

“Our Chelsea municipal court team is now complete,” Mayor Tony Picklesimer said. “I look forward to watching this come together and grow.”

The city council voted to suspend the rules in order to change three proposed ordinances, which appointed court magistrates, court prosecutors and a public defender, as well as established the Chelsea Municipal Court corrections fund and establish a date and time for court sessions. All three ordinances were passed after a unanimous vote.

“I’m excited. We’ve got a big adventure ahead of us,” Landers said.

Mark Boardman and Grant Howard were appointed as court prosecutors. Andrea Graham was named as the court’s public defender.

So far, Picklesimer said he is pleased with the way the new municipal court is beginning.

“Before you take on anything like a municipal court, you’ve got to have the people in place. We’ve got our team in place, and we’re excited about it,” Picklesimer said.

According to Picklesimer, the next step in the formation of the Chelsea Municipal Court involves acquiring court designations and court numbers.

Picklesimer said his goal is for the first municipal court session to take place this September, and hold sessions on the first Monday of each month at 4 p.m. thereafter.